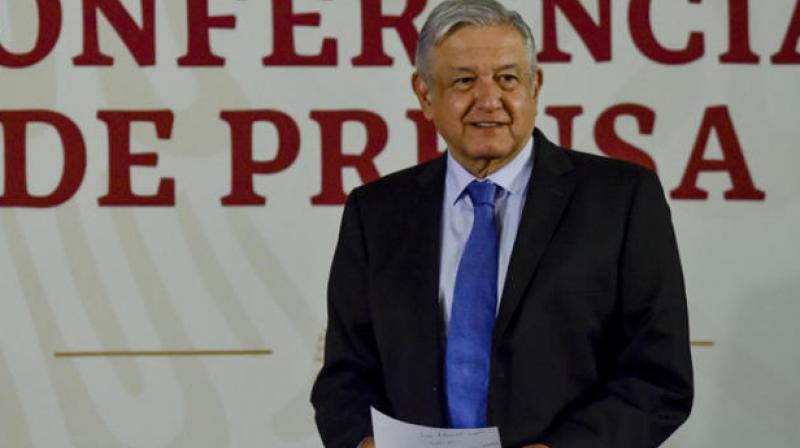 It marked the first time that Lopez Obrador, who has been in office for a year, spoke directly about the circumstances that led to Morales's departure from Bolivia. (Photo: AFP)

Speaking to a crowd of supporters in Mexico City on Sunday, the leftist president, nicknamed AMLO, recalled his government's decision to accept Morales as an asylum seeker while discussing Mexico's foreign policy.

"Evo was the victim of a coup d'etat! And from Mexico, we tell the world, 'Yes to democracy, no to militarism!'" AMLO said during the rally in the central Plaza del Zocalo.

It marked the first time that Lopez Obrador, who has been in office for a year, spoke directly about the circumstances that led to Morales's departure from Bolivia.

Morales resigned on November 10 amid swelling protests over what political opponents said was his rigging of October 20 elections.

He fled to Mexico the following day after losing the support of the military and police, claiming to be the victim of a coup.

While echoing Morales's claim Sunday, AMLO called the exiled leader "our brother, who represents with dignity the majority of indigenous people of Bolivia".

Morales have yet to meet publicly with Lopez Obrador. He was welcomed on arrival to Mexico by Foreign Minister Marcelo Ebrard.