37-year-old Indian-origin truck driver in US kills wife, 3 others; arrested

The suspect was arrested in a Wal-Mart parking lot at 2 pm on Tuesday, shortly after leaving the home. 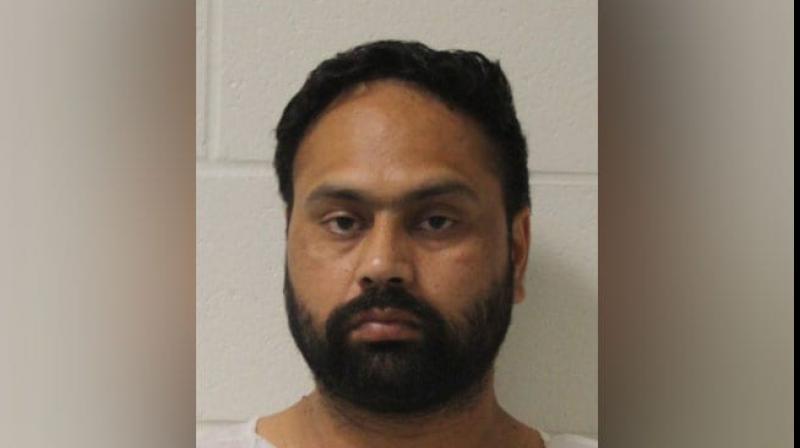 Washington: A 37-year-old Indian-origin truck driver has been arrested in the US on charges of murdering his wife and three other relatives in April this year, authorities have said.

Gurpreet Singh, the Ohio truck driver, has been arrested in Connecticut.

Herzog did not say why Singh was in Connecticut, Fox News reported.

The Branford police department said in a statement on Facebook that West Chester Police had notified them that Singh was staying at a local residence. The suspect was arrested in a Wal-Mart parking lot at 2 pm on Tuesday, shortly after leaving the home.

Singh called 911 on April 28 to say he found the four "on the ground and bleeding" in a West Chester apartment where he lived.

The victims were later identified as Shalinderjit Kaur, 39; Amarjit Kaur, 58; Parmjit Kaur, 62, and Hakiakat Singh Pannag, 59. The Butler County coroner said all four died from gunshot wounds to the head and each victim was shot at least twice.

After the murder, Singh told the police that he and Shalinderjit Kaur had been married for 17 years and had three children.

Family members identified Parmjit Kaur and Hakitakat Singh Pannag as his wife''s parents and Amarjit Kaur as Parmjit''s sister. Members of a nearby Sikh temple said the four had worshipped there.

Singh and Kaur's children were staying with other relatives at the time of the slayings and police said Tuesday they were safe but wouldn't say where they were.

Butler County Prosecutor Mike Gmoser declined to discuss details of the investigation, saying the case will be presented to a grand jury, which could help determine whether the suspect would face the death penalty upon conviction.

According to Herzog, "This process is complicated and takes time. Preserving the integrity of this case is crucial to the process."

Fox19 reported that Singh was questioned as a witness the night of the murders, but was not taken into custody at the time.

Investigators combed the apartment complex for clues. At one point, divers recovered a gun from a pond behind the building where the murders took place. However, authorities have not confirmed that the gun was used in the killings.