Pyongyang may be preparing for another missile test, South Korea's spy agency reported. 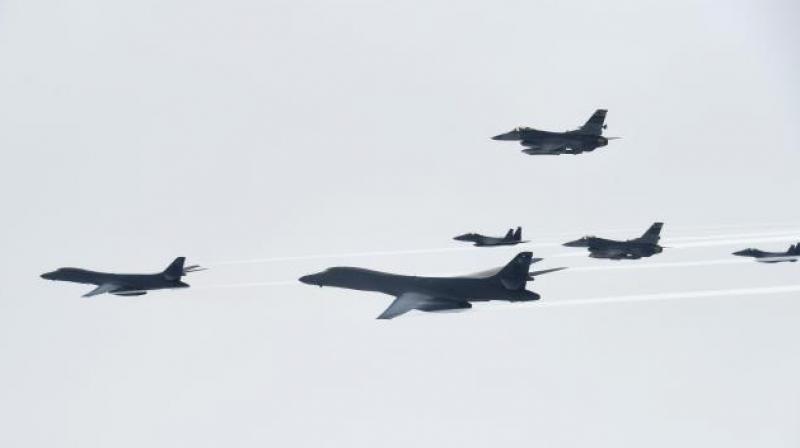 Washington:  US bombers accompanied by Japanese and South Korean warplanes flew a mission in the South Korea region Thursday amid high regional tensions, the US Air Force said.

Two supersonic B-1B Lancer bombers took off from Andersen Air Force Base in Guam, then flew south of South Korea and west of Japan where they were joined by Japan Air Self-Defense Force fighters, the US Pacific Air Force said in a statement.

"The Lancers then transited overland to Korea to integrate with Republic of Korea fighters in the Yellow Sea," the statement read, adding that the aircraft later returned "to their respective home stations."

The statement noted that the exercise was part of the "continuous bomber presence" mission in the Pacific and was planned in advance.

It "was not in response to any current event," the statement said.

Still, the operation follows an October 10 "show of force" in which two Lancers staged the first night-time joint aviation exercises with Japan and South Korea.

It followed up with two missiles that passed over Japan, and its sixth nuclear test.

US President Donald Trump, who has warned of "fire and fury" in response to North Korean threats, begins on Friday an Asian tour that will include a visit to South Korea. The trip is set to be dominated by the North Korea nuclear issue.