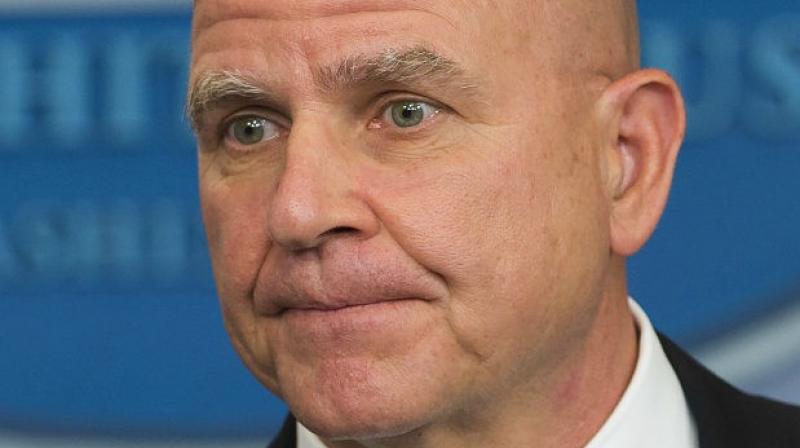 Washington:  The US is mulling to designate North Korea as a state sponsor of terrorism, the White House has said, as President Donald Trump embarks on his five-nation Asia trip Friday, during which the issue of the reclusive nation will be taken up prominently.

"That is an option that's under consideration," the National Security Adviser H. R McMaster told reporters at a White House news conference when asked if designating North Korea a State Sponsor of terrorism is an option for the United States.

"The president's cabinet is looking at this as part of the overall strategy on North Korea," he said. McMaster lashed out at the North Korean regime for the "murder" of Kim Jong-nam, the estranged brother of its dictator Kim Jong-Un.

"A regime who murders someone in a public airport using nerve agent, and a despotic leader who murders his brother in that manner, that's clearly an act of terrorism that fits with a range of other actions. So this is something that's under consideration. And you'll hear more about that soon, I think," McMaster said.

McMaster said there is a concerted effort to isolate North Korea economically. And that has been combined with a major diplomatic effort that asks all countries to do more, he said adding that there's tremendous momentum behind that now.

"We have seen countries across the Indo-Pacific region, but globally, doing more to expel these really, in effect, North Korea slave labourers who are a big source of income for the regime, to shut down a lot of illicit trafficking that was aimed to circumvent the UN sanctions; to shut down a lot of the money-making enterprises of this regime, often times run out of their embassies," he said.

There have been a lot of expulsion of ambassadors, elements of the diplomatic corps, a restriction on this kind of activity, he said, noting that the president welcomes that and appreciates it.

China, he said, is definitely doing more, but obviously it's not enough.

"What's really essential to remember about China's approach to this is, China recognises this isn't the United States or anyone else asking China to do us a favour. China recognises it is clearly in the interest of China and all nations to denuclearise the peninsula," he said.

McMaster rued that approaches in the past have not delivered on halting and then reversing North Korea's "very dangerous" nuclear and missile programs.

"We are out of time to do that because of how these programs have advanced over time. It's time for a really concerted effort to do everything of us to resolve this sort of military action," he said.

Responding to another question, he highlighted three elements of foundation for the multinational approach to North Korea.

"The first of these is a recognition that North Korea is not just a threat to the United States. Everyone acknowledges, China especially, that this is a problem between North Korea and the world," he said.

The second thing, he said, is the universal acknowledgement that denuclearisation of the peninsula is the only acceptable outcome.

"No more freeze for freeze, suspension for suspension," he said.

In addition, McMaster said, "China's acknowledgement that it's acting in its interest obviously, but that China has a great deal of coercive economic power."