US considering 100 per cent tariffs on USD 2.4bn in French goods

Public comments on USTR's proposed actions are due on January 6. 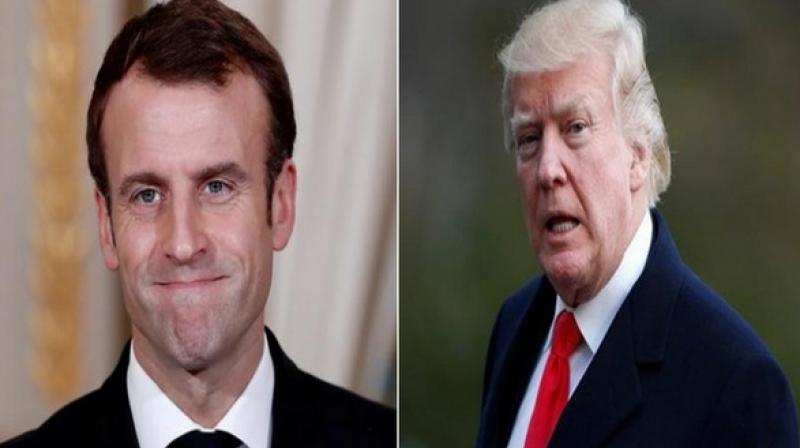 French President Emmanuel Macron had signed a legislation in July to establish a 3 per cent tax on large companies' revenues from digital services. (Photo: File)

Washington: The Trump administration is considering to impose tariffs as high as 100 per cent on up to USD 2.4 billion worth of French products, following an investigation that concluded France's digital tax "discriminates against American digital companies, such as Google, Apple, Facebook, and Amazon."

"USTR's decision today sends a clear signal that the United States will take action against digital tax regimes that discriminate or otherwise impose undue burdens on US companies," US Trade Representative Robert Lighthizer said in a statement cited by The Hill.

The USTR, in July, had announced an investigation into the French digital services tax, in order to determine whether it's unreasonable or discriminatory and burdens US commerce. The investigation took place under section 301 of the US Trade Act of 1974, the same section that the Trump administration has used to justify tariffs on Chinese goods.

The USTR had announced last week that it would be issuing its findings in its investigation Monday, after a 90-day deadline for negotiations between the US and France expired.

French President Emmanuel Macron had signed a legislation in July to establish a 3 per cent tax on large companies' revenues from digital services.

The tax has drawn criticism from major American tech companies, such as Google, Facebook and Amazon, who argue that the law is affecting their businesses.

In a report issued on Monday (local time), USTR said that the French tax was intended to discriminate against US tech companies, the features of which are making it burdensome for the American businesses. It also stressed that the application of the tax to a small group of companies conflicts with international tax principles.

French products that could be subject to tariffs include sparkling wine, cheese, makeup and handbags. The USTR also said that it's considering "whether to impose 6 fees or restrictions on services of France."

Public comments on USTR's proposed actions are due on January 6.