Iran to impose legal restrictions on US after sanctions

The sanctions on 25 individuals and entities were the opening salvo by Trump who has vowed a more aggressive policy against Tehran. 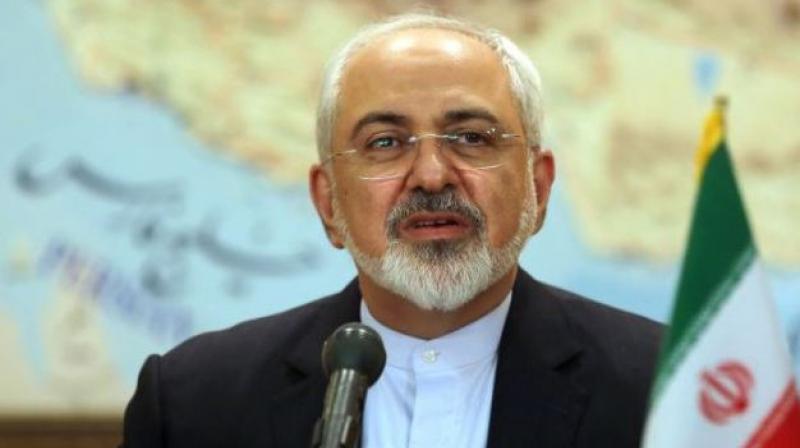 Washington: The Trump administration on Friday imposed sanctions on Iran, which it said were just "initial steps" and said Washington would no longer turn a "blind eye" to Iran's hostile actions.

The sanctions on 25 individuals and entities were the opening salvo by President Donald Trump who has vowed a more aggressive policy against Tehran and came two days after the administration had put Iran 'on notice' following a ballistic missile test.

"The days of turning a blind eye to Iran’s hostile and belligerent actions toward the United States and the world community are over," Flynn said in a White House statement.

Suggesting that more concrete action could follow if Iran does not curb its ballistic missile program and continues support in regional proxy conflicts, a senior administration official said the latest sanctions were the initial steps in response to Iran's "provocative behaviour".

The administration was "undertaking a larger strategic review" of how it responds to Iran.

Those affected under the sanctions cannot access the U.S. financial system or deal with U.S. companies and are subject to secondary sanctions, meaning foreign companies and individuals are prohibited from dealing with them or risk being blacklisted by the United States.

The White House said that while the sanctions were a reaction to recent events, they had been under consideration before. It added that a landmark 2015 deal to curb Iran's nuclear program was not in the best interest of the United States.

"It's not a direct violation. I think there is no question that it violates the spirit of that," Spicer said in an interview with MSNBC. He said the nuclear agreement was a "sweetheart deal" for Iran.

Citing a foreign ministry statement, Iran's semi-official Fars news agency said the missile program is "the undeniable and inalienable right of our nation under international law and the UN charter. Any foreign interference in this regard is a violation of international law."

The new designations stuck to areas that remain under sanctions even with the 2015 nuclear deal sealed between Iran and world powers in place, such as the Islamic Revolutionary Guard Corps, an elite military body that is powerful in Iranian politics and the economy, and Iran's ballistic missile program. Zarif led Iran's delegation at the nuclear negotiations in 2015.

Among those affected by the sanctions were what it said was a Lebanon-based network run by the Revolutionary Guards.

"The list is actually so targeted and comparatively mild, it leads one to surmise that it may have been a set of targets devised by the Obama administration, and was ready to go when Trump came into office," said Adam Smith, former senior advisor to the Director of the U.S. Treasury Department’s Office of Foreign Assets Control.

"As such, the real test for which way the Trump team will go on Iran may well be not this list release but the next one, whenever that occurs," Smith said.

The sanctions' impact will be more symbolic than practical, especially as they do not affect the lifting of broader U.S. and international sanctions that took place under the nuclear deal.

Also, few of the Iranian entities being targeted are likely to have U.S. assets that can be frozen, and U.S. companies, with few exceptions, are barred from doing business with Iran.

Meanwhile, the U.S. moved a Navy destroyer, the USS Cole, close to the Bab al-Mandab Strait off the coast of Yemen to protect waterways from Houthi militia aligned with Iran.

German Foreign Minister Sigmar Gabriel on Friday expressed understanding over the sanctions, but warned against conflating Sunday's test with the nuclear deal.

"I urge the Administration to bring clarity to their overall strategy towards Iran, and to refrain from ambiguous rhetoric or provocative tweets that will exacerbate efforts to confront those challenges.”

Some of the entities sanctioned by the U.S. Treasury are based in the United Arab Emirates, Lebanon and China.

Among those affected were companies, individuals and brokers the U.S. Treasury said support a trade network run by Iranian businessman Abdollah Asgharzadeh.

Treasury said he supported Shahid Hemmat Industrial Group, which the United States has said is a subsidiary of an Iranian entity that runs Iran's ballistic missile program.

Hasan Dehghan Ebrahimi, a Beirut-based official with the Revolutionary Guard's Qods Force, which runs its operations abroad, was put under sanctions for acting on behalf of the Qods Force, Treasury said.

Three Lebanese companies involved in waste collection, pharmaceuticals, and construction were also listed under the sanctions for being owned or controlled by Muhammad Abd-al-Amir Farhat, one of Ebrahimi's employees.

Treasury said he has facilitated millions of dollars in cash transfers to Lebanese militant group Hezbollah. Two of his employees and a company he manages were also sanctioned. Treasury said Ebrahimi and his employees used a Lebanon-based network to transfer funds, launder money, and conduct business.