Trump unlikely to pardon himself, move would result in impeachment: Giuliani

Giuliani refuted reports that Trump is sending signal to those tied up in Russia investigation by pardoning Indian American Dinesh D'Souza. 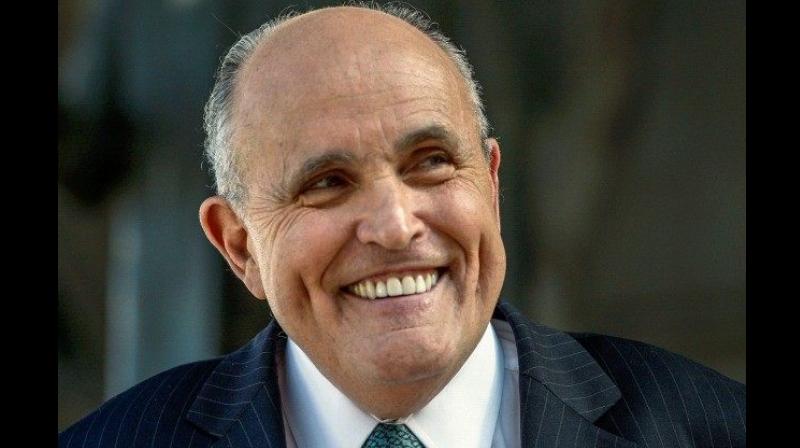 Responding to questions, Giuliani said that the political ramifications of Trump pardoning himself would be tough. (Photo: File/AP)

Washington: US President Donald Trump has no intention to pardon himself from any charges stemming from the probe into Russian meddling, his top personal attorney said on June 3 cautioning that such a move by the president would result in his immediate impeachment.

"He's not, but he probably does. He has no intention of pardoning himself," Giuliani told ABC News in another Sunday interview as he made rounds of Sunday talk shows.

"That's another really interesting constitutional question: Can the president pardon himself? It would be an open question. I think it would probably get answered by, 'gosh that's what the Constitution says.' And if you want to change it, change it. But, yeah," Giuliani said in response to a question.

The former FBI Director, Mueller, is currently carrying investigations into the alleged interference of Russia in the 2016 presidential elections.

Responding to questions, Giuliani said that the political ramifications of Trump pardoning himself would be tough. "Pardoning other people is one thing, pardoning yourself is another. Other presidents have pardoned people in circumstances like this both in their administration and sometimes the next president, even of a different party will come along and pardon," he said.

Giuliani refuted reports that by pardoning individuals like Indian American Dinesh D'Souza, Trump is sending a signal to those caught up in the Russia investigation.

Also Read: Trump criticised for pardoning Indian-American who was sentenced to 5 yrs probation