China warns rising tension with North Korea could be 'disastrous' 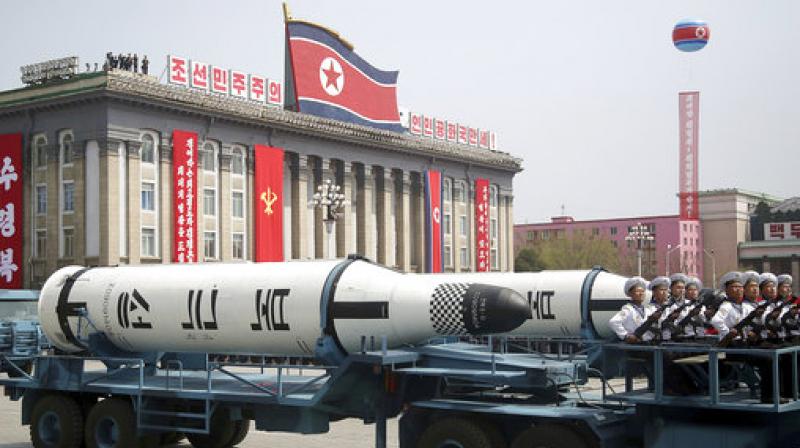 United Nations: China's UN ambassador on Monday warned of "disastrous" consequences if world powers fail to find a way to ease tensions with North Korea which he said could "get out of control".

Ambassador Liu Jieyi made the remarks a day after US President Donald Trump spoke by phone with Chinese leader Xi Jinping on the threat posed by North Korea's missile and nuclear tests.

"Currently tensions are high and we certainly would like to see a de-escalation," Liu told a news conference at UN headquarters as China takes over the Security Council presidency in July. "If tension only goes up then sooner or later it will get out of control and the consequences would be disastrous," he said. China is pushing for talks on dismantling North Korea's nuclear program after its ally carried out two nuclear tests last year and a series of ballistic missile tests.

A proposal from Beijing for a freeze of Pyongyang's military programs in exchange for a suspension of US-South Korea military exercises has however failed to gain traction.

The United States maintains that it will open up talks with North Korea if it first halts its nuclear and missile tests. Describing the crisis with North Korea as "very, very serious", Liu said "other parties" should be "more forthcoming in accepting and supporting these proposals."

"We cannot afford to wait for too long without dialogue taking place," he added. The Trump administration has for months urged China to rein in Pyongyang but recently the US president declared that Beijing efforts had failed.

In a sign of a possible rift with China over North Korea, the US Treasury Department last week slapped sanctions on a China's Bank of Dandong over its dealings with North Korea.