US rolls out expedited entry for pre-approved, low-risk Indian travellers

All applicants undergo a rigorous background check and in-person interview before enrolment, the CBP website says. 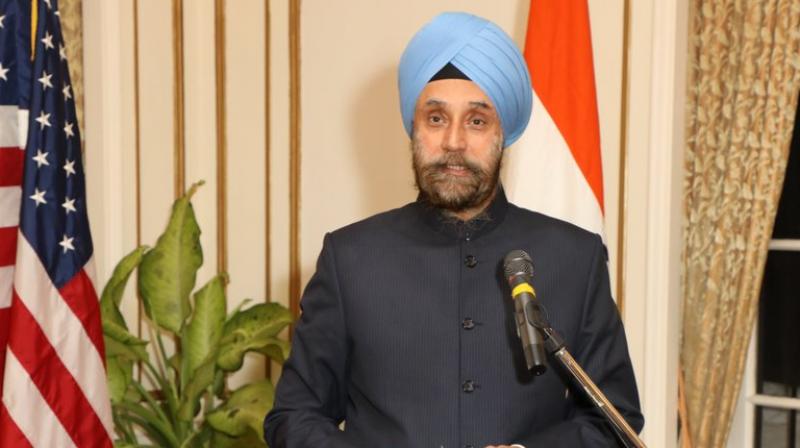 Indian Ambassador to the US Navtej Sarna (Photo: Twitter)

Washington: The US has started rolling out for India its Global Entry programme which allows for expedited clearance of pre-approved, low-risk travellers.

Indian Ambassador to the US Navtej Sarna on Monday became the first Indian national to enroll in the programme.

With this India has becomes only the 11th country whose citizens are eligible to enroll in the Customs and Border Protection (CBP) initiative.

On landing at select airports, the programme members enter the United States through automatic kiosks, instead of queueing up to clear the immigration by meeting an immigration officer.

At these airports, the members proceed to the Global Entry kiosks, present their machine-readable passport or US permanent resident card, place their fingerprints on the scanner for fingerprint verification and complete a customs declaration.

The kiosk then issues the traveller a transaction receipt and directs him or her to the baggage claim and the exit.

Travellers must be pre-approved for the Global Entry programme. All applicants undergo a rigorous background check and in-person interview before enrolment, the CBP website says.

"By expanding Global Entry eligibility, CBP is transforming the international arrivals process, making it more secure, efficient and welcoming, for the millions of Indian citizens who visit the United States each year," he said.

Global Entry is currently available at 53 US airports and 15 pre-clearance locations.

It is now available to US citizens, Green Card holders and nationals from Argentina, Colombia, Germany, Mexico, the Netherlands, Panama, the Republic of Korea, Singapore, Switzerland, and the United Kingdom, besides India.

Canadian citizens and residents enrolled in NEXUS may also use the Global Entry kiosks.

Tags: navtej sarna, indian envoy to us, travellers, us citizens