Sanctions by US and UNSC on North Korean imports are aimed at choking off funding for Pyongyang's nuclear and ballistic missile programs. 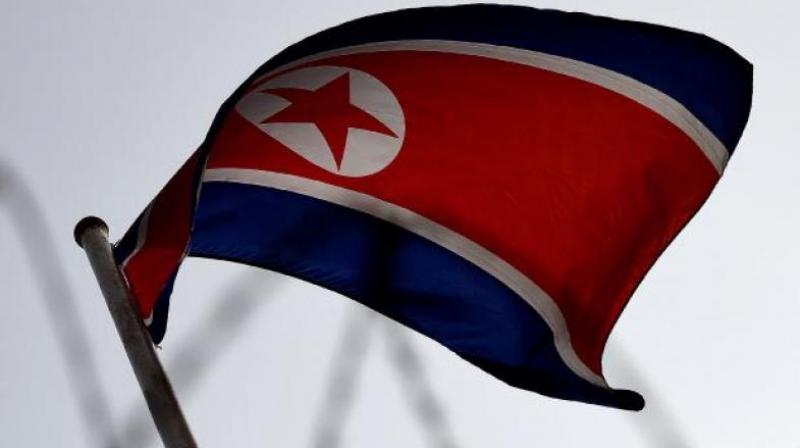 'The United States will continue to enforce UN and US sanctions and shut down illicit revenue streams to North Korea,' US Treasury Secretary Steven Mnuchin said in a statement. (Photo: File | representational)

Washington: The United States on Friday imposed sanctions on a Russian bank it said had facilitated a transaction with a person blacklisted by Washington for involvement with North Korea's nuclear weapons program.

The move comes as US Secretary of State Mike Pompeo presses Southeast Asian countries during meetings in Singapore to maintain sanctions to pressure Pyongyang, which is in talks with the United States about dismantling its nuclear program.

Sanctions by the United States and the United Nations Security Council, which include a ban on exports of coal, iron, lead, textiles and seafood from North Korea, and caps on imports of oil and refined petroleum products, are aimed at choking off funding for Pyongyang's nuclear and ballistic missile programs.

"The United States will continue to enforce UN and US sanctions and shut down illicit revenue streams to North Korea," US Treasury Secretary Steven Mnuchin said in a statement.

The Treasury also added Ri Jong Won, the Moscow-based deputy representative of FTB, and said both Ri and Han should be expelled from Russia under UN resolutions meant to pressure Pyongyang over its nuclear program.

It also designated what it said were two FTB front companies, China-based Dandong Zhongsheng Industry & Trade Co Ltd and Korea Ungum Corporation, which is based in North Korea.

The United States has kept up its pressure campaign on North Korea even as US President Donald Trump has pursued talks with the country's leader, Kim Jong Un, to denuclearize.

Questions have arisen over Pyongyang's commitment to give up its nuclear program after US spy satellite material detected renewed activity at the factory that produced North Korea's first intercontinental ballistic missiles capable of reaching the United States.

" President, we believe that the time to ramp up maximum pressure against North Korea is now, if we are to peacefully achieve the goal of the complete, verifiable, and irreversible denuclearization of the Korean Peninsula in the near future," the senators wrote.

Russia on Friday denied a Wall Street Journal report that it was allowing thousands of new North Korean laborers into the country and granting them work permits in a potential breach of UN sanctions.