'Monkey face and poor ebonic English!!! There! I feel better and am still not racist!!! Just calling it like it is!' she wrote on Facebook. 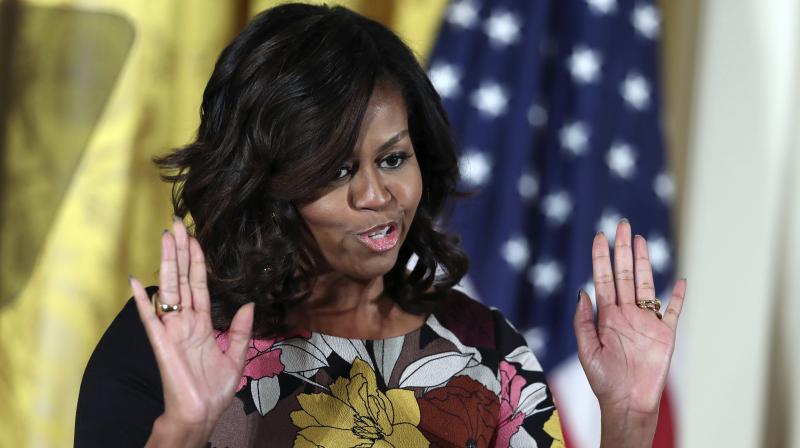 Los Angeles: A US doctor has been fired after calling First Lady Michelle Obama "monkey face" and saying she spoke in "poor ebonic English", weeks after a police officer was fired for posting her racist Facebook memes.

Michelle Herren, a paediatric anaesthesiologist, was fired from the University of Colorado Denver School of Medicine where she held an unpaid faculty position.

She posted an unflattering photo of Obama and wrote, "Doesn't seem to be speaking too eloquently here, thank god we can't hear her!" "Monkey face and poor ebonic English!!! There! I feel better and am still not racist!!! Just calling it like it is!" she wrote, New York Daily reported. In the crass comment, she also claimed that Harvard — where Obama studied law — is for "entitled folks" and "all the liberals."

The Denver medical school announced it would terminate Herren after several students complained about the insensitive post.

The doctor, who had worked at the hospital for 10 years, was placed on administrative duty after news of her aggressive Facebook comments surfaced. She was not allowed to treat patients or provide anaesthesia services before she formally resigned on Friday.

Last month, a police officer in Alabama was fired for posting racist Facebook memes, including one about Obama. In a separate incident, West Virginia mayor Pamela Ramsey Taylor lost her job for calling Obama "ape in heels".