Patel closed his store and drove in his silver minivan to his nearby home where authorities believe he was confronted by his killer. 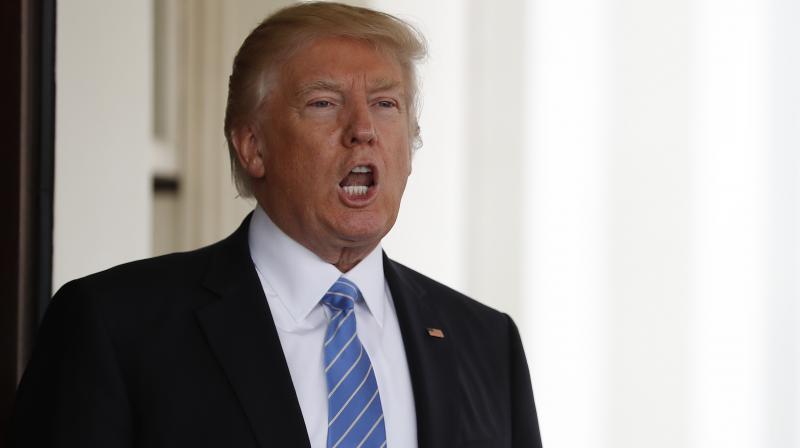 Breaking his silence, US President Donald Trump on Wednesday condemned as “evil” and “hate” the fatal Kansas shooting in which an Indian techie was killed.

“Recent threats targeting Jewish Community Centers and vandalism of Jewish cemeteries, as well as last week’s shooting in Kansas City, remind us that while we may be a nation divided on policies, we are a country that stands united in condemning hate and evil in all its forms,” Trump said in his first address to the joint session of US Congress.

Srinivas Kuchibhotla, 32, was killed and Alok Madasani, another Indian of the same age, injured in the shooting by navy veteran Adam Purinton, who yelled “terrorist” and “get out of my country” before opening fire on them. The two work for technology firm Garmin.

A 24-year-old American named Ian Grillot who tried to defend the Indians also received injuries in the firing last Wednesday. Purinton, 51, apparently mistook the Indians for immigrants from the Middle East and yelled racial slurs “get out of my country” and “terrorists” before opening fire on them.

Trump’s comments came after the White House condemned the shooting as “racially-motivated hatred”.

By mentioning Kansas in his address, Trump heeded to the call being made by a number of Indian-American organisations and lawmakers to publicly condemn the shooting which is being investigated by the Federal Bureau of Investigation as a hate crime.

However, another tragedy involving an Indian happened on Saturday.

A 43-year-old Indian-origin store owner in the US was shot dead outside his home. Harnish Patel, 43, the owner of a convenience store in Lancaster County, South Carolina, was found dead of gunshot wounds in the front yard of his home on Thursday.

Patel closed his store and drove in his silver minivan to his nearby home where authorities believe he was confronted by his killer. The store is about 6 km from his house, The Herald reported.