The aim of the Trump administration is to block the movement of illegal immigrants into the country via the Mexican border. 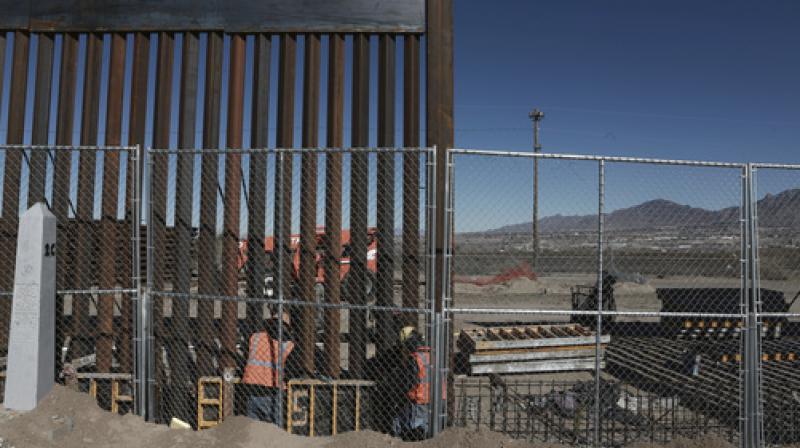 The United States is already funding the on-going construction of a wall at US-Mexico border. (Photo: File/AP)

Washington: United States President Donald Trump on Wednesday night signed a proclamation to deploy the US national guards at the US-Mexican border to block the movement of illegal immigrants into the country via the Mexican border.

"Despite a number of steps this administration has taken...we continue to see unacceptable levels of illegal drugs, dangerous gang activity, transnational criminal organisations and illegal immigration flow across our border," she added.

The deployment of the National Guard to the border had reportedly cost 415 million dollars under the George W Bush administration.

This comes after the Trump's statement at the Baltic summit on Tuesday where he claimed to prepare its military forces to guard the (US-Mexico) borders after consulting Former Major General of US Army (Ret.) General David Morris.

Further details regarding the number of military troops deployed, their positions, the financing of the troops and the total duration of military deployment at the borders have not been disclosed. The United States is already funding the on-going construction of a wall at US-Mexico border.