‘Did you close your legs?’: US judge asks rape survivor

According to the court transcript, the judge asked the woman, 'do you know how to stop somebody from having intercourse with you?' 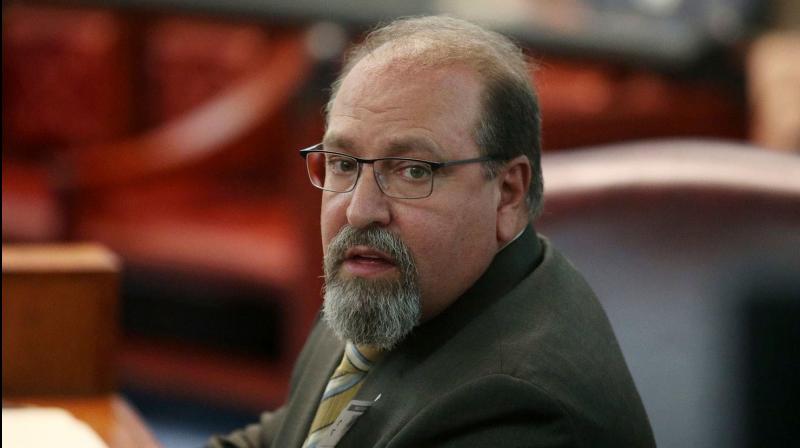 The transcript showed that the judge continued to press the woman on her efforts to prevent the alleged assault, asking specific details on the steps she took. (Photo: AP)

New Jersey: A New Jersey Supreme Court judge could be suspended for three months without pay for asking an alleged sexual assault survivor if she tried closing her legs to prevent the attack, reported The Washington Post.

This week, the panel released a 45-page recommendation in the case of John Russo Jr, a family court judge in New Jersey’s Ocean County. The investigation, which included interviews with the judge and nearly two dozen individuals, determined that the judge (John Russo Jr) may have violated the Code of Judicial Conduct numerous times in the recent years.

The case came into the light during his questioning of a woman seeking a restraining order against the father of her 5-year-old daughter in 2016. She told the judge the man had sexually assaulted her.

According to the court transcript, the judge asked the woman, “do you know how to stop somebody from having intercourse with you?"

The woman responded by saying that she could to physically harm her assailant in addition to saying "no" and attempting to flee.

Judge continued his questioning and asked: “Run away, get away. Anything else?"

Judge: “Block your body parts?" to which woman responded “yes”.

Persistent with his questioning, judge asked: “Close your legs? Call the police? Did you do any of those things?"

The transcript showed that the judge continued to press the woman on her efforts to prevent the alleged assault, asking specific details on the steps she took.

Ultimately, the judge denied the woman’s request of the restraining order.

The committee found the actions of the judge discourteous, inappropriate and "egregious given the potential for those questions to re-victimize the plaintiff, who sought redress from the court under palpably difficult circumstances." It also said the line of questioning by the judge was not necessary in determining whether a restringing order should be issued.

The judge justified himself by saying that his questioning was necessary to "demonstrate the element of force or coercion used during the assault”. He also denied it was a suggestion that one could prevent an attack using these methods. Instead, he wanted to “aid the plaintiff in recounting a traumatic event."

But Russo’s offences didn’t end there.

In another conversation with his staff, Russo spoke about the case and asked, “What did you think of that? Did you hear the sex stuff?”

The committee mentioned that his comments were "infantile and grossly inappropriate”.

The committee's recommendation also described three other instances in which Russo allegedly violated rules of conduct.

The nine-member committee was split on its recommendation. Five members of the panel advised he be suspended without pay for three months, and four recommended a longer, six-month sentence.

The committee said, "Given the severity of this misconduct and its effect on the overall atmosphere in [Russo's] courtroom, we believe a suspension of six months, without pay, is more appropriate and conveys most directly the Judiciary's intolerance for such behaviour."

Russo was placed on administrative leave in 2017, according to the Associated Press. He will have a chance to respond to the panel's recommendation before the matter is decided in July.