Trump administration has made Hydroxychloroquine as part of its Strategic National Stockpile. 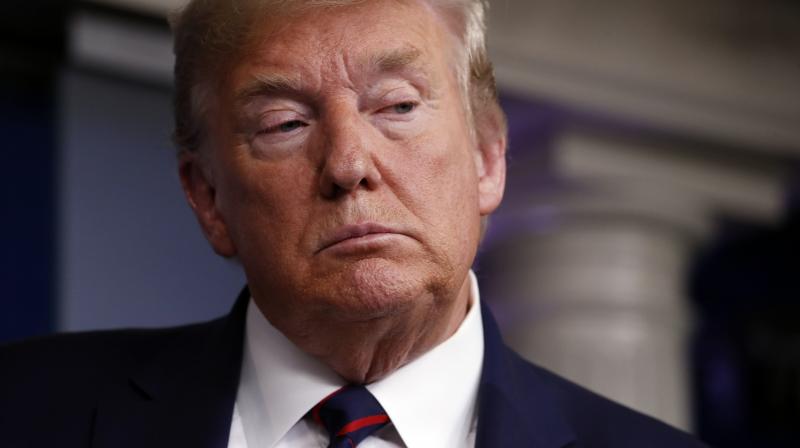 Washington: President Donald Trump has sought help from  Prime Minister Narendra Modi to allow the sale of Hydroxychloroquine tablets ordered by the US to treat the growing number of coronavirus patients in his country, hours after India banned the export of the anti-malarial drug.

Trump said he spoke to Prime Minister Modi on Saturday morning and made a request to release Hydroxychloroquine - an old and inexpensive drug used to treat malaria - for the US.

"I called Prime Minister Modi of India this morning. They make large amounts of Hydroxychloroquine. India is giving it a serious consideration," Trump said at his daily news conference at the White House on Saturday.

India's Directorate General of Foreign Trade on April 4 banned the export of Hydroxychloroquine and its formulations with immediate effect and made it clear that there will be no exceptions. Trump said he would appreciate if India releases the amount of Hydrocoralline that the US has ordered.

"And I said I would appreciate if they (India) would release the amounts that we ordered, he said, without mentioning that quantity of Hydroxychloroquine that has been ordered by US companies from India.

With more than three lakh confirmed cases of coronavirus infection and over 8,000 fatalities, the US has emerged as the global epicentre of the deadly coronavirus disease to which there has been no cure.

The Indian Council of Medical Research (ICMR) has recommended the anti-malarial drug for those involved in the care of suspected or confirmed cases of the coronavirus and also, for the asymptomatic household contacts of laboratory confirmed cases.

Scientists across the world are racing against time to find either a vaccine or a therapeutic cure to the virus that has so far killed more than 64,000 people and infected 1.2 million in more than 150 countries. Based on some initial results, the Trump administration is banking heavily on using Hydroxychloroquine for the successful treatment of coronavirus.

Following a quick provisional approval from the US Food and Drug Administration last Saturday, the malaria drug along with a combination of some other drug is being used in the treatment of about 1,500 COVID-19 patients in New York, the epicentre in the US.

According to Trump, the drug is yielding positive results. If successful, he told reporters that it would be a gift from heaven. In the next several weeks, health experts in the US have projected between 100,000 to 200,000 deaths due to the coronavirus, which due to human-to-human transmission is spreading like a wildfire in the country.

Prime Minister Modi on Saturday said he held a detailed discussion on the coronavirus crisis with President Trump and resolved to deploy the full strength of the Indo-US partnership to fight the global pandemic.

"We had a good discussion and agreed to deploy the full strength of the India-US partnership to fight COVID-19," Modi wrote on Twitter on his "extensive" telephonic conversation with Trump. The prime minister and the US president exchanged views on the pandemic and its impact on the global well-being and economy, a statement issued by the Prime Minister's Office (PMO) said.

Stressing on the special relationship between the two countries, Modi reiterated India's solidarity with the US in overcoming this global crisis together.
"The two leaders agreed to deploy the full strength of the India-US partnership to resolutely and effectively combat COVID-19," the PMO said.

Modi and Trump also exchanged notes on the steps taken in their countries for mitigating the health and economic impacts of the pandemic.
The two leaders also touched upon the significance of practices such as yoga and ayurveda for ensuring physical and mental well-being in these difficult times, the PMO statement said.
They agreed that their officials would remain in close touch on the global health crisis, it added.

Modi also conveyed deep condolences for the loss of lives in the US and his prayers for an early recovery of those still suffering from the disease.
The discussion came at a time when both countries are in the grip of the COVID-19 pandemic. The Trump administration has made Hydroxychloroquine as part of its Strategic National Stockpile.