Trump says China ‘spoiled’ by trade wins over US

Trump has accused China of unfair trade practices that have driven up the US goods deficit with the Asian giant. 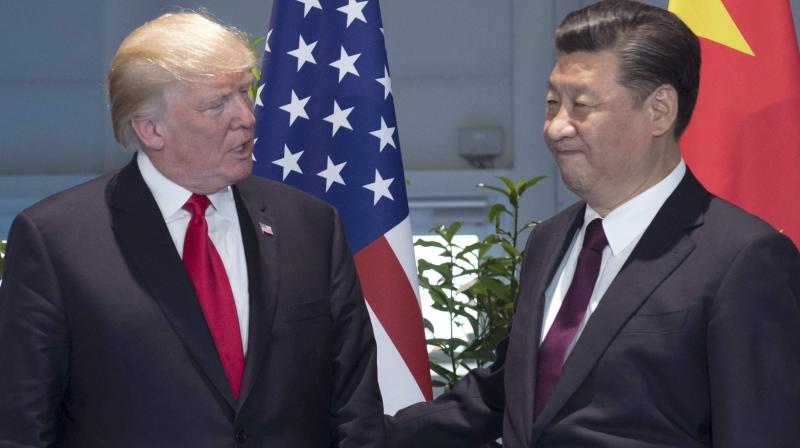 'Our high level delegation is on the way back from China where they had long meetings with Chinese leaders and business representatives,' Trump wrote in a tweet. (Photo: AP File)

Washington: China is "very spoiled" by trade wins over America, US President Donald Trump said late Friday, as a top business delegation headed back to America after high-stakes talks with Beijing.

The two days of talks were aimed at forestalling momentum towards a looming conflict between the world's two largest economies, with both sides prepared to pull the trigger on tariffs that could affect trade in billions of dollars of goods.

"Our high level delegation is on the way back from China where they had long meetings with Chinese leaders and business representatives," Trump wrote in a tweet.

"We will be meeting tomorrow to determine the results, but it is hard for China in that they have become very spoiled with US trade wins," he added.

The American president has accused China of unfair trade practices that have driven up the US goods deficit with the Asian giant. Washington has also alleged "theft" of American intellectual property by China.

The discussions promised a potential off-ramp for the trade conflict. Trump has threatened to levy new tariffs on USD 150 billion of Chinese imports while Beijing shot back with a list of USD 50 billion in targeted US goods.

"Both sides recognise there are still big differences on some issues and that they need to continue to step up their work to make progress," China said in a statement released by the official Xinhua state news agency.

It added that they had reached "a consensus in some areas", without elaborating. The agency said both sides had agreed to establish a "working mechanism" to continue talks.

But a list of US demands presented at the talks in Beijing showed these steps fall far short of expectations in Washington.

The demands included cutting China's trade surplus with the US by at least USD 200 billion by the end of 2020, lowering all tariffs to match US levels, eliminating technology transfer practices, and cutting off state support for some Chinese industries, according to Bloomberg News.

The White House called the discussions "frank" while making no mention of continuing the negotiations.

"There is consensus within the Administration that immediate attention is needed to bring changes to United States-China trade and investment relationship," a White House statement said.