Police on patrol in the entertainment district fatally shot him less than a minute later. 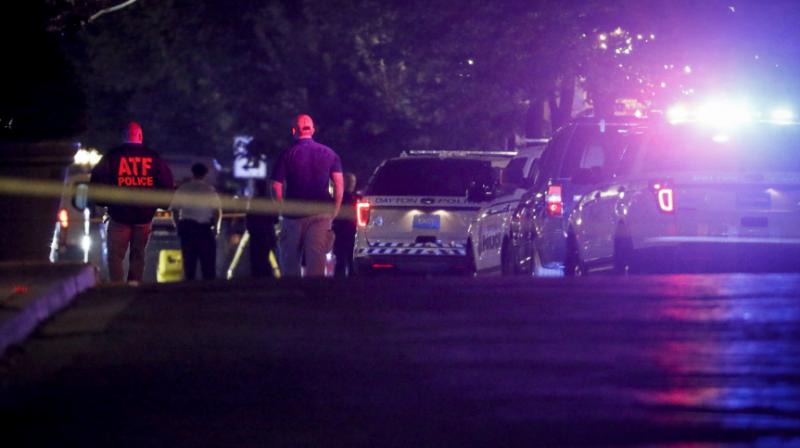 Bellbrook-Sugarcreek Schools officials declined to comment on those accounts, only confirming that Betts attended schools in the district. (Photo: AP)

Dayton: High school classmates of the gunman who killed nine people early Sunday in Dayton, Ohio, say he was suspended for compiling a "hit list" of those he wanted to kill and a "rape list" of girls he wanted to sexually assault.

The accounts by two former classmates emerged after police said there was nothing in the background of 24-year-old Connor Betts that would have prevented him from purchasing the .223-caliber rifle with extended ammunition magazines that he used to open fire outside a crowded bar.

Police on patrol in the entertainment district fatally shot him less than a minute later.

Both former classmates told The Associated Press that Betts was suspended during their junior year at suburban Bellbrook High School after a hit list was found scrawled in a school bathroom.

That followed an earlier suspension after Betts came to school with a list of female students he wanted to sexually assault, according to the two classmates, a man and a woman who are both now 24 and spoke on condition of anonymity out of concern they might face harassment.

A former cheerleader, the woman said she didn't really know Betts and was surprised when a police officer called her cellphone during her freshman year to tell her that her name was included on a list of potential targets.

"The officer said he wouldn't be at school for a while," she said. "But after some time passed he was back, walking the halls. They didn't give us any warning that he was returning to school."

Bellbrook-Sugarcreek Schools officials declined to comment on those accounts, only confirming that Betts attended schools in the district.

The discovery of the hit list early in 2012 sparked a police investigation, and roughly one-third of Bellbrook students skipped school out of fear, according to an article in the Dayton Daily News.