Wealthy nations will have 1.2 billion vaccine doses they don’t need

The U.S., Britain, European nations and others could satisfy their own needs and still have large quantities to redistribute globally 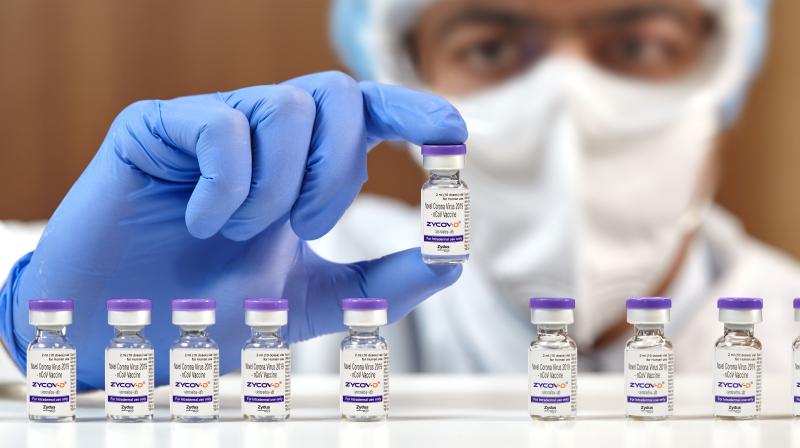 Western countries have about 500 million doses available to be redistributed today. (Photo: Twitter/File)

Wealthy countries face mounting pressure to divert Covid vaccine supplies to lower-income regions, with a new analysis showing they’ll likely have about 1.2 billion extra doses available by the end of the year.

The U.S., Britain, European nations and others could satisfy their own needs -- vaccinating about 80% of their populations over the age of 12 and moving ahead with booster programs -- and still have large quantities to redistribute globally, according to London-based analytics firm Airfinity Ltd.

Those governments have so far delivered a meager amount of the supplies they’ve pledged to poorer countries as some move forward with plans for booster shots in a race to combat the delta variant. Health advocates worry that the slow pace will prolong the pandemic and increase the risk more worrisome variants will emerge. Some are also calling for more transparency on the agreements between governments and manufacturers.

“There needs to be an urgent global reckoning,” said Fatima Hassan, founder and director of the Health Justice Initiative, a non-profit in Cape Town. “We need to divert doses to those in need and open all the contracts.”

An independent review of the international Covid response earlier this year urged high-income nations to provide more than 2 billion doses to poorer regions by mid-2022. Of the more than 1 billion doses Group of Seven countries and the EU have pledged, less than 15% has been delivered, Airfinity found.

The issue is often seen as a choice between going ahead with booster campaigns at home or reallocating doses abroad, Rasmus Bech Hansen, the company’s chief executive officer, said in an interview.

“Our data is showing it’s a false dichotomy,” he said. “You can do both.”

Global output is rising steadily, and disruption seems unlikely, he said. Production could cross 12 billion doses by the end of the year, including shots in China, Airfinity estimates. That’s more than the roughly 11 billion required to vaccinate the world.

Western countries have about 500 million doses available to be redistributed today, some of that already donated, with that number rising to about 2.2 billion by the middle of 2022, the analysis shows. The Pfizer Inc. and BioNTech SE vaccine accounts for about 45% of the available shots that could be redistributed, while Moderna Inc.’s makes up roughly a quarter of the total, according to Airfinity.

Many lower-income nations are relying on Covax, an initiative led by groups including the World Health Organization that’s designed to provide fair access to the shots for every country, but the program has fallen short of its targets. Covid booster plans should be postponed until more shots are distributed to countries where they’re scarce, WHO Director-General Tedros Adhanom Ghebreyesus has said.

Meanwhile, President Joe Biden’s booster program is mired in controversy of its own, having encountered pushback from health authorities in the Food and Drug Administration and the Centers for Disease Control and Prevention who say scientific support is lacking. Health leaders in the European Union have also said that boosters aren’t yet needed as the current regimens of Covid shots remain effective.

“High-income countries have ordered over twice as many doses as are needed for their populations,” the former co-chairs of the panel that reviewed the Covid response wrote last week. “Now is the time to show solidarity with those who have not yet been able to vaccinate their frontline health workers and most vulnerable populations.”

It’s not just a question of having the means to acquire Covid vaccines, Bech Hansen said. There needs to be a more coordinated effort globally to allow countries with ample supplies to resell and donate doses, he said.

“It’s not a purely high-income-world, low-income-world discussion -- it’s a little more complicated than that,” he said. “One could imagine the U.S., the U.K. and the EU getting together and agreeing on a way forward.”