The defence secretary insisted that an open border trade between India and Pakistan would help in bringing regional stability. 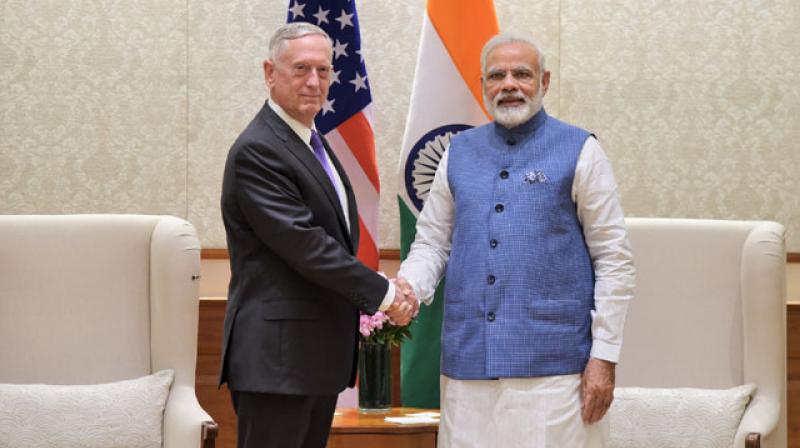 Washington: US Defence Secretary Jim Mattis has said that India’s decision not to send its troops to Afghanistan was in view of Pakistan’s considerations as this would bring in new complexities in the region.

Mattis praised India’s contributions to the war-torn country before lawmakers at House Armed Services Committee, saying New Delhi has adopted a holistic approach in its assistance towards Afghanistan.

"It is really a very holistic approach that India is taking. You’ll notice I left off (Indian) boots (soldiers) on the ground because of the complexity that would bring to Pakistan," Mattis said in response to a question from Congressman Doug Lamborn during the Congressional hearing on South Asia.

"Were trying to make this an inclusive strategy and we don’t want them to get a sense that they’re vulnerable to any Indian Army people from their western flank, that’s not necessary," Mattis said.

The defence secretary insisted that an open border trade between India and Pakistan would help in bringing regional stability.

"If there’s any way for Pakistan and India to open their border to trade at great economic advantage to both of the countries, it would be a big help across the region," he said.

Stability can follow economics as much as stability enables economics, he added. He hoped that they will eventually see that happen.

"I believe India wants that to happen, but its very hard to do that if your concern is that you open the border to one thing, and you get something else," Mattis said in an oblique reference to cross-border infiltration.

Responding to a series of questions on the Indian role in Afghanistan, Mattis said, “New Delhi has been generous over many years with Afghanistan. Because of its very generous funding over the years, India has achieved a degree of affection from the Afghan people as a result. They intend to continue this effort and broaden it. Furthermore, they are providing training for Afghan military officers and NCOs at their schools."

India, he said, is willing to do rehabilitation of Soviet-era equipment until they are replaced with American. That will take years, he noted.

Furthermore, India has been providing and will continue to provide training for Afghan Army doctors and medics in the field so that the Afghan Army is able to take casualties and better sustain themselves thing, he said.

Mattis said there are many areas where India and the US are natural partners for each other. The two countries, he said, are deepening and broadening the military-to-military relationship.

"But it is not an exclusive strategy, exclusive of anyone. Any nation that wants to be part of the counter-terror effort and this stability effort in South Asia, can sign up," he said seeking to allay Pakistan’s concern of being excluded.

Its open to any nation that wants to move against terrorism and remove this threat to all civilised nations.

Referring to his talks with the Indian leadership, Mattis said US does not need to convince Indians that it doesn’t have nefarious designs on the Indo-Pacific area.