World   Americas  06 May 2018  John McCain, who is battling brain cancer, does not want Trump at his funeral
World, Americas

John McCain, who is battling brain cancer, does not want Trump at his funeral

John McCain, a Vietnam war vet and senator from Arizona, has been fighting an aggressive form of brain cancer for more than a year. 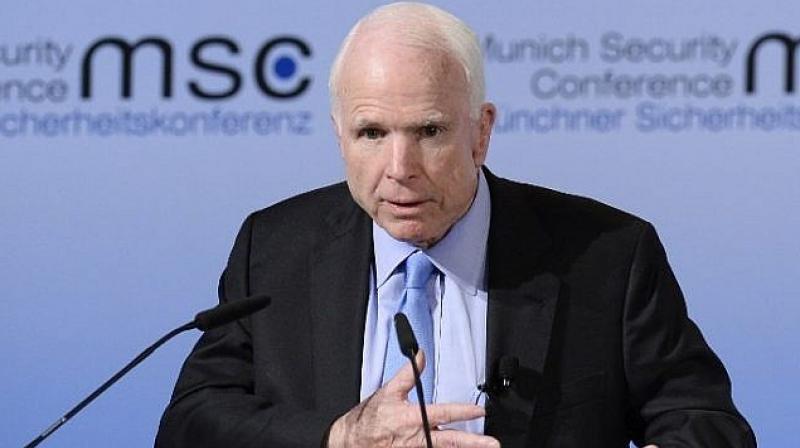 McCain has been fighting an aggressive form of brain cancer for more than a year. (Photo: AFP)

Washington: Senator John McCain, 81 and battling brain cancer, has made clear he does not want President Donald Trump to attend his funeral, US media reported Saturday.

McCain, a Vietnam war vet and senator from Arizona who has had a turbulent relationship with Trump, instead wants Vice President Mike Pence to represent the White House, The New York Times and NBC News said, quoting people close to McCain.

McCain is also using a new book and documentary to express regret about not having selected former Senator Joseph Lieberman as his running mate in 2008 against Barack Obama and instead going with populist Sarah Palin, the Times said.

McCain has been fighting an aggressive form of brain cancer for more than a year.

He is currently back in Arizona, recovering from surgery for an intestinal infection.

McCain and Trump have had a rough relationship, particularly during the 2016 presidential primary, when Trump said McCain -- a POW for years in Vietnam -- was not really a war hero because he was captured.

Last summer Trump slammed McCain for a "no" vote that helped doom a key bill to repeal Obamacare -- the health care reforms passed into law under president Barack Obama.