Cohen is due to report to Federal Correctional Institute in Otisville, New York on Monday. 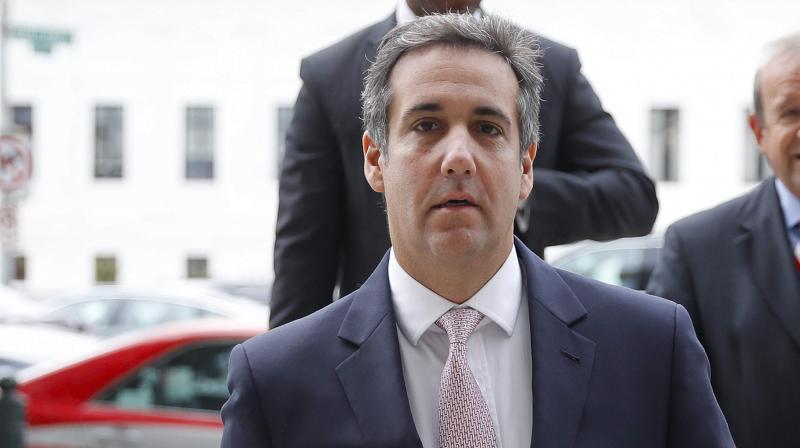 Cohen's celebrity could make his experience different from a typical inmate's. (Photo: AP)

New York: With a menu that includes matzo ball soup and gefilte fish, as well as a full-time rabbi and a chance at the occasional visit home, the US prison where Donald Trump's former personal lawyer will spend the next three years is unique in the federal system.

Michael Cohen is due to report to the Federal Correctional Institute in Otisville, New York, about 70 miles (110 km) northwest of New York City, on Monday.

The 52-year-old Cohen will be housed in dorm-like accommodations at the facility's minimum-security camp, which prison consultants say has become a destination for Jewish inmates due to its proximity to New York City's Jewish and upstate New York's Orthodox Jewish enclaves.

"He's going to what I like to refer to as 'Jewish heaven,'" said Larry Levine, founder of Wall Street Prison Consultants, who served a 10-year prison sentence that ended in 2007 for racketeering and other crimes.

Cohen, who once said he would "take a bullet" for Trump, was sentenced in December for orchestrating payments to pornographic film star Stormy Daniels and former Playboy model Karen McDougal shortly before the 2016 US  presidential election. Cohen said Trump directed the payments.

Trump, who has denied the affairs, said he never directed Cohen to do anything illegal.

Cohen received a three-year prison term for the payments and unrelated financial crimes.

At Cohen's sentencing hearing, his lawyer at the time, Guy Petrillo, asked that Cohen be sent to Otisville but did not give a reason for the request. Petrillo could not be reached for comment on the choice of prison.

Jack Donson, a former manager at the prison who now runs a prison consulting firm, said the camp was "a great place for white-collar Jewish guys."

Unlike most federal prisons, which periodically bring in part-time "contract rabbis," Otisville has a full-time rabbi, Levine said.

The federal Bureau of Prisons said in an email that only four of the more than 100 prisons run by the agency have full-time rabbis.

Another thing that sets Otisville apart is the food.

"The availability for kosher food is much greater," said Michael Frantz, another former inmate, who founded Jail Time Consulting.

The commissary menu on Otisville's website advertises matzo ball soup, gefilte fish and rugelach, a pastry, alongside Doritos tortilla chips and Diet Sprite soda. Kosher items are marked throughout with the letter K.

The camp is not fenced in and inmates' movements throughout the day are not as tightly controlled as in more secure facilities.

Inmates are given jobs, which Levine described as "busy work" like cleaning or emptying garbage.

But, in practice, work hours at Otisville are short, sometimes one or two hours a day, said Justin Paperny, a former inmate whose consulting firm White Collar Advice has clients in the camp.

For much of the day, Cohen "can pretty much do what he wants," Frantz said.

The camp offers weights and other exercise equipment, a basketball court, a tennis area and a baseball field, and bocce ball, according to its handbook.

Paperny also said Otisville grants furloughs - temporary releases for inmates, usually one or two days, which can be granted for family and other reasons - "in my experience more than other facilities."

Cohen is married to Laura Shusterman, 49. They have two adult children, Samantha and Jake.

Cohen's celebrity could make his experience different from a typical inmate's.

"There will certainly be some prisoners who will be enamoured by his status, being the former personal lawyer to the president of the United States," Paperny said.

However, Paperny said, Cohen is unlikely to face retaliation from Trump fans angered by his decision to cooperate against the president, because inmates in minimum-security prisons are serving relatively short sentences and want to keep them that way.

"You'll find that because prisoners have such clearly defined release dates, they don't want to do anything that could lead to them staying in prison a longer period of time," he said.

Despite its reputation as one of the country's more comfortable prisons, the consultants stressed that Otisville is still prison.

The guards, Frantz said, "intimidate you a lot. They speak down to you a lot. It's not a pleasant atmosphere."

"(Bureau of Prisons) staff are trained and expected to conduct themselves professionally, including the humane and courteous treatment of the men and women in our custody," the Bureau of Prisons said in a statement.

Levine compared the prison experience to the film "Groundhog Day," in which Bill Murray's character lives the same day over and over.

"It's really a boring existence," he said.