Trump's refusal to remain politically correct, comment on travel ban for 6 Muslim-majority countries drew the ire of many legal experts. 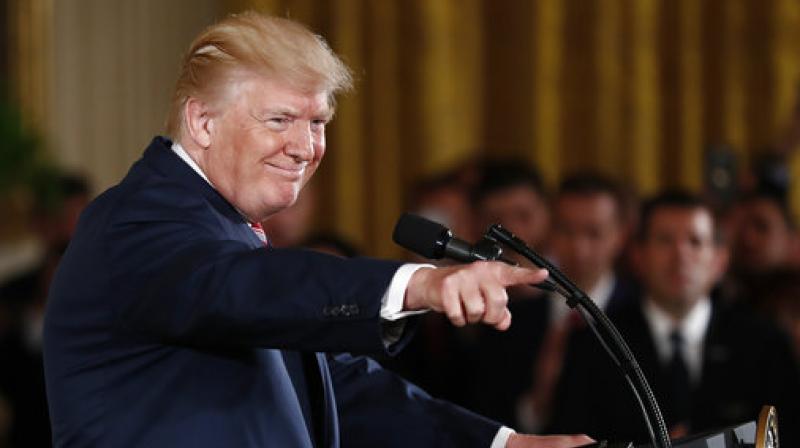 Washington: US President Donald Trump has insisted the need for a travel ban for certain ‘dangerous countries’.

"That's right, we need a TRAVEL BAN for certain DANGEROUS countries, not some politically correct term that won't help us protect our people!," Trump tweeted.

In the aftermath of the London terror attack, Trump retorted once again to the US courts for blocking his attempted travel ban against people from six Muslim-majority countries.

"People, the lawyers and the courts can call it whatever they want, but I am calling it what we need and what it is, a TRAVEL BAN!" the President tweeted.

His comments drew the ire of legal experts, including a Supreme Court lawyer representing Hawaii against the White House and George Conway, husband of Trump's aide Kellyanne Conway and an attorney who has been considered for senior federal posts, the Guardian reported.

Neil Katyal, a Supreme Court lawyer, tweeted in response to Trump, "It's kind of odd to have the defendant in Hawaii v Trump acting as our co-counsel. We don't need the help but will take it!"

The White House appealed to the Supreme Court after Trump's executive order restricting entry to the US from Iran, Yemen, Somalia, Sudan, Libya and Syria was blocked by federal courts in Maryland and Hawaii.