Recent reports have mapped the increasing presence of the Islamic State in Pakistan, merely through online recruitment. 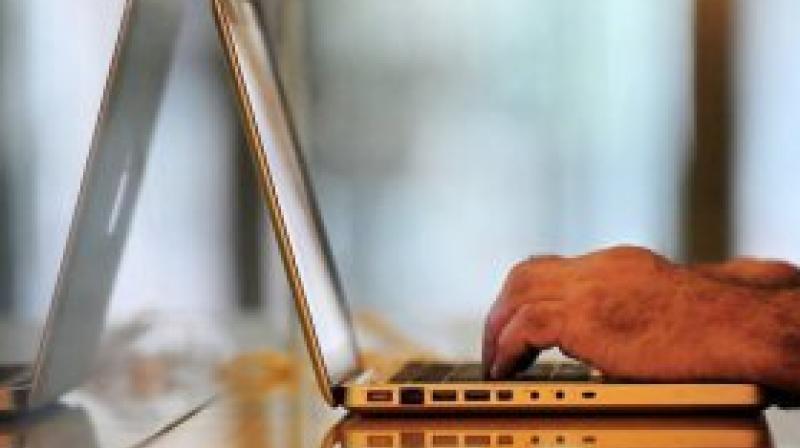 Washington: While increasing internet accessibility has been regarded as a boon, there comes an alarming issue with regards to the accountability of what is shared on the platform. As there is a flipside to every coin, recent reports have mapped the increasing presence of the Islamic State in Pakistan, merely through online recruitment.

Young Pakistanis, both men and women, educated or otherwise have fallen prey to being lured by extremism and commitment to jihad.

One such example can be cited through the life of 20-year old Noreen Leghari, a medical student who joined the 'daesh' at the brim of her education.

For over a year, Noreen was in touch with extremists online. While her parents thought she was abducted, she reached out to them via Facebook, informing them of her whereabouts and admitting to being in ' Syria for jihad'.

"Stop searching for me," said the young girl.

In April, security forces stormed her hideout there, killing one of her two accomplices and recovering two suicide vests and hand grenades. Leghari had planned to detonate herself at a crowded church two days later, on Easter Sunday, as reported by the Washington Post.

While exact statistics of the Islamic State's presence in Pakistan have not been ascertained, it has been warned that the potential threat they can cause is real, and it is expanding its presence through digital platforms.

Apart from this, the extremist group has also reportedly garnered support from local terrorist organisations, although recruitment levels have not been as significant as that of the al-Qaeda and Taliban.

In an attempt to propagate the Caliphate Regime, women and girls from Islamabad's Jamia Hafsa - a madrassa adjacent to Lal Masjid, the infamous militant mosque in the heart of Pakistan's capital - addressed a message in late 2014 to the chief of the Islamic State, Abu Bakr al-Baghdadi, "the caliph" and to "our brothers, the mujahideen," according to a Washington Post report.

However, sources revealed that although this was perceived as an opportunity to examine potential in Pakistan, the Islamic State had already entered the country with the help of local groups and began recruitment drives in Baluchistan.

Around the same time, reports surfaced of pamphlets being distributed along the Afghanistan border propagating extremism, following which two suspects were taken into custody for displaying posters with such content in Lahore.

In January 2016, following the appointment of Hafiz Saeed Khan as the Chief of the Islamic State Khorasan that governs operations in Afghanistan and Pakistan, he and five others allegedly pledged alliance to al-Baghdadi.

Post this the Islamic State Khorasan has taken responsibility for several attacks which followed, collaborating with several local groups and thus branching out activities to its allies.

While governing authorities have often denied the Islamic State of posing a measurable threat to the country, recent incidents have instigated deliberations to take place on understanding the impact of extremist influence.