World   Americas  07 May 2019  Drunk man in US went on killing spree, cops charge lady bartender who served him
World, Americas

Drunk man in US went on killing spree, cops charge lady bartender who served him

Spencer Hight got drunk at the Local Public House, a bar just a couple of blocks away from his ex-wife's house. 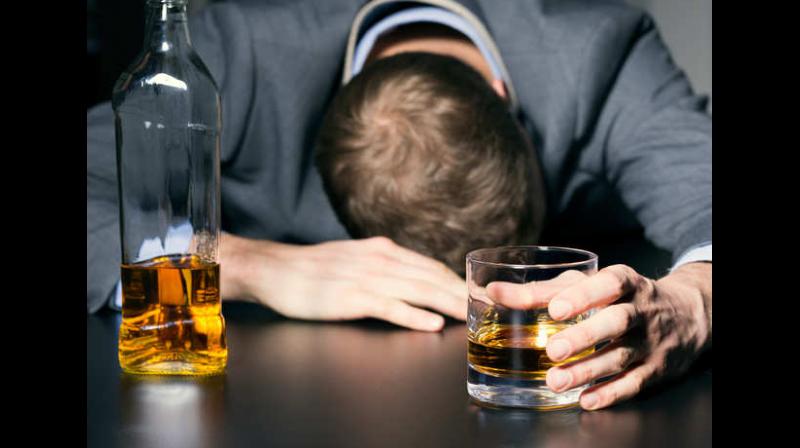 Last week, police charged and arrested Lindsey Glass, the bartender who served Hight that night, one year and seven months ago. (Photo:AP)

Washington: Spencer Hight went on a shooting carnage in September 2017. He got drunk at the Local Public House, a bar just a couple of blocks away from his ex-wife's house, then went straight through her door, heavily armed with a gun, a knife and a semi-automatic rifle, police say.

Meredith Hight, his ex, was hosting a Dallas Cowboys party with some close friends, some of who were present in their wedding. Hight shot and killed eight of those people, including his ex-wife, and seriously injured another. He did it to take revenge on his ex-wife, authorities say. He was then shot and killed by police later.

Last week, police charged and arrested Lindsey Glass, the bartender who served Hight that night, one year and seven months ago.

In 2018, Texas Alcohol and Beverage Commission submitted a report concluding Glass violated the "Sale to Certain Persons" law by serving Hight, whose blood alcohol level was four times the state's legal limit when he drove to his ex-wife's house, according NBC Dallas Fort Worth.

According to the Texas law, a person is guilty of the offense if he/she negligently "sells an alcoholic beverage to a habitual drunkard or someone who is intoxicated or is simply insane." The misdeed carries up to one year in jail or fine of up to USD 500, or both.

"Hight executed an American nightmare," Scott Palmer, Glass’s attorney said in an interview on Monday. "He was very adamant on committing this heinous act," but to blame a bartender two years later, he said, is totally injustice.

According to ABC affiliate WFAA, a lawsuit filed by the sufferers' families say Glass told a colleague, Justin Banks, that Hight was "drunk and being indifferent" and waved a gun inside the bar. When Banks accompanied Hight to the parking lot, court documents said Banks asked him to leave his ammunition behind and should let Banks drive him home because he was too drunk.

The lawsuit further stressed: "Hight shared with Banks that he was having problems with his estranged wife and had things to do 'tonight’. Banks advised Hight he should do them when he is sober to which Hight responded that he 'couldn't do the things he needs to do tonight without being drunk,” WFAA reported.

Although it's undeniable that Glass served Hight liquor, she took actions that were not legally required of her that night, too. Filings say Glass tried to convince Hight not to drive but he wasn’t ready to listen, she even called the owner of Local Public House to ask whether she should call the police. He denied that too and then she followed Hight to the house, though she left before the shooting began.

"There are allegations Hight foreshadowed what he would do and Lindsey Glass felt something was not right," Palmer told The Washington Post. "Lindsey is the person who called the police. Not only did she know Spencer, but she was friends with Meredith and was supposed to be present at the party that evening," he said.

Attorney Daniel Garrigan, who represents four of the eight shooting victims, said he was shocked and bewildered it had taken so long for the police department to file a criminal case against Glass.

"Clearly what she did was improper. Had she called the police or cut this person off from having more alcohol these people might well be alive," he told The Post. "When you've got a case where the acts of omissions of the bar resulted in eight deaths, I don't think holding them accountable is inappropriate."

However, according to legal experts, Garrigan misstates the law.

Under the Texas statute, which Palmer and Garrigan both said is rarely applied, Glass had an affirmative duty not to serve liquor to someone who she should have known was intoxicated. What actions Hight took after that are not relevant. Whether Hight murdered eight people or eight hundred in a drunken stupor should have no bearing on Glass's case.

The issue is whether Glass served an insane or intoxicated person.

"It comes down to whether a reasonable person in the same situation as Glass would have known Hight was intoxicated," says Kenneth Williams, a criminal law professor at University of Texas Law. The answer is a question of fact that ends with the passing of alcohol from the bartender to the bar patron.

There's always the danger of bad cases making bad law. This case certainly raises the concern, according to George Washington University Law School professor Jonathan Turley, and because the shooter was killed, there's a temptation to place responsibility on someone among the living.

"It's easy to take a horrific criminal act and associate it with an earlier crime," like overserving alcohol, he said. "Glass may have had reason to know he was intoxicated; however, the charges seem to be an outgrowth of the homicide as opposed to the overserving of alcohol violation."

Tuesday's charges could be interpreted as an eleventh-hour effort by the Plano police department to hold someone accountable, or a sign that criminal law is trending in the direction of criminal affirmative duties. It's important to understand where the line of criminality is set by society, Turley said, because these cases blur them in a potentially dangerous way.

Some of the facts alleged that Glass had reason to suspect Hight was going to do something criminal, though he never said it explicitly. Still, there was no legal requirement she call the police. No law required Glass to reach out to the owner of the bar or to follow someone she thought would be a danger to others.

But, her attorney says, Glass did.

"As bartender did she have an affirmative duty to act or affirmative duty to intervene? - likely no, but like the old saying goes 'see something, say something' - that is precisely what Lindsey did," her attorney, Palmer, said in an email, calling her decision to follow Hight to the party an "act of heroism" that saved lives.