'At this time, the order takes action to address one mobile application in particular, TikTok,' he said. 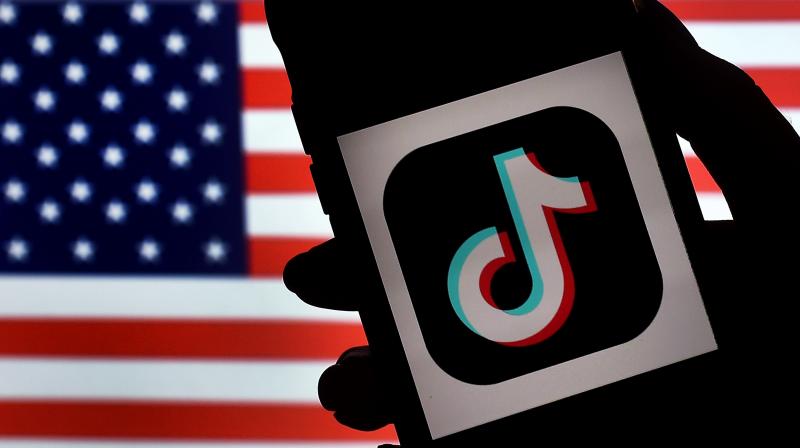 The TikTok mobile application has been downloaded some 175 million times in the US and more than a billion times around the world, according to the order. (AFP)

Washington: US President Donald Trump has signed executive orders banning popular Chinese apps like TikTok and WeChat, terming them a threat to the national security and to the country's economy.

The ban comes into effect in 45 days, Trump said in his two separate executive orders signed on Thursday.

India was the first country to ban TikTok and WeChat, citing national security concerns. India has banned as many as 106 Chinese apps, a move welcomed by both the Trump administration and the US lawmakers.

In a communique to the Congress, Trump said the spread in the United States of mobile applications developed and owned by the companies in China continues to threaten the national security, foreign policy, and economy of the country.

"At this time, the order takes action to address one mobile application in particular, TikTok," he said.

"This data collection threatens to allow the Chinese Communist Party access to Americans' personal and proprietary information - potentially allowing China to track the locations of federal employees and contractors, build dossiers of personal information for blackmail, and conduct corporate espionage," he alleged.

"To deal with this threat, the order prohibits, beginning 45 days after the date of this order, to the extent permitted under applicable law, any transaction by any person, or with respect to any property, subject to the jurisdiction of the United States, with ByteDance Ltd. (a.k.a. Zijie Tiaodong), Beijing, China, or its subsidiaries, in which any such company has any interest, as identified by the Secretary of Commerce (Secretary)," Trump said.

He delegated power to the Commerce Secretary to take such actions, including adopting appropriate rules and regulations, and to employ all powers granted to the President by International Emergency Economic Powers Act as may be necessary to implement the order.

The order also directs all department and agencies to take all appropriate measures within their authority to implement the order, Trump said.

In a separate executive order, Trump said WeChat, a messaging, social media, and electronic payment application owned by the Chinese company Tencent Holdings Ltd., reportedly has over one billion users worldwide, including users in the United States.

"Like TikTok, WeChat automatically captures vast swaths of information from its users - threatens to allow the Chinese Communist Party access to Americans' personal and proprietary information," he said.

WeChat also captures the personal and proprietary information of Chinese nationals visiting the United States, thereby allowing the Chinese Communist Party a mechanism for keeping tabs on Chinese citizens who may be enjoying the benefits of a free society for the first time in their lives, he alleged.

In recent weeks, US Secretary of State Mike Pompeo has accused TikTok of collecting personal information of Americans.

TikTok has previously stressed that its US user data is already stored on US-based servers and backed up in Singapore, and is therefore not subject to Chinese law as some US officials have feared.