His running mate, Senator Kamala Harris has become the first Indian-American to become the Vice-President of the United States. 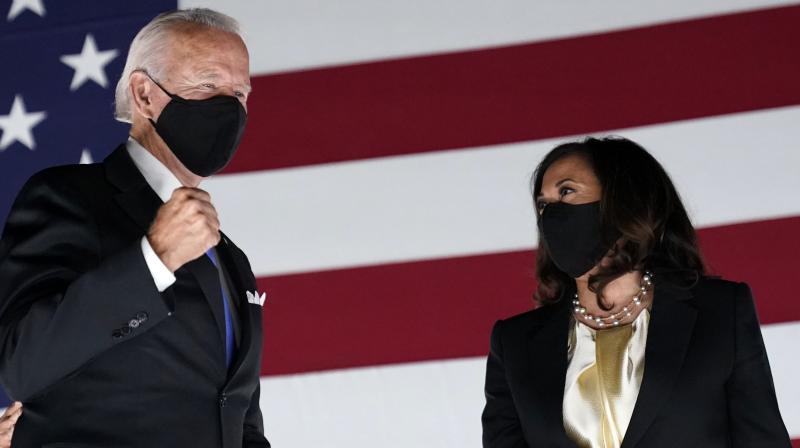 The incoming President and Vice President of the US

With Biden's victory, his running mate, Senator Kamala Harris has become the first African-America, Asian and Indian-American to become the Vice-President of the United States.

CNN, NBC News and CBS News have called the race in his favor, after projecting he had won the decisive state of Pennsylvania as well as several swing states like Michigan and Wisconsin.

Biden, 77, is the oldest candidate ever elected to the White House. Trump, 74, has made as yet unsubstantiated claims of massive voter fraud, and his campaign has launched legal challenges in several states.

Just after media networks gave the elections to the Biden-Harris ticket, both took to Twitter to thank the people of the United States.

America, I’m honored that you have chosen me to lead our great country.

The work ahead of us will be hard, but I promise you this: I will be a President for all Americans — whether you voted for me or not.

I will keep the faith that you have placed in me. pic.twitter.com/moA9qhmjn8

This election is about so much more than @JoeBiden or me. It’s about the soul of America and our willingness to fight for it. We have a lot of work ahead of us. Let’s get started.pic.twitter.com/Bb9JZpggLN

Biden has already spent eight years as vice president to Barack Obama. His victory comes in his third run for the nation's highest office. On the other hand, Harris has been a Senator from California as well as the Attorney General of the state between 2011 and 2017.