Clifford is among a number of women who have spoken up about sexual encounters with Trump, who has denied the accusations. 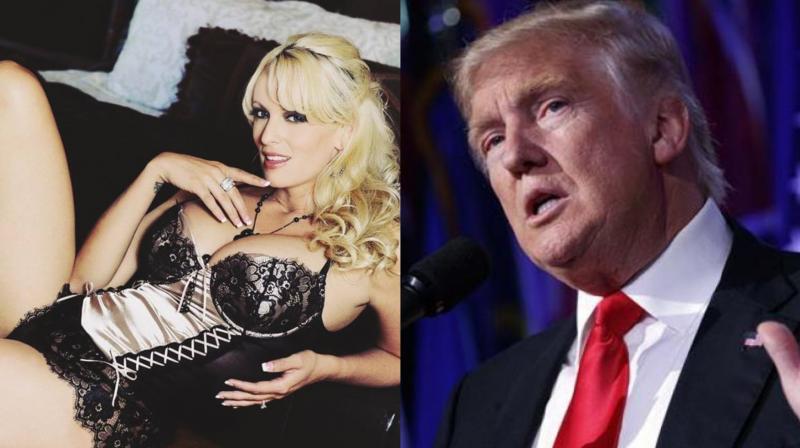 Clifford's relationship with Trump began in the summer of 2006, not long after Trump's wife Melania gave birth to their son Barron, and lasted well into 2007, according to the lawsuit. (Photo: File)

Washington: US President Donald Trump has won an arbitration proceeding against adult-film actress Stormy Daniels, his spokeswoman said on Wednesday, a day after Daniels sued Trump for the right to speak about the "intimate relationship" she claims they had.

A lawyer for Trump filed the arbitration proceeding against Daniels last week to seek a restraining order to "shut her up" and "protect Mr. Trump," her lawsuit claims.

Daniels, whose legal name is Stephanie Clifford, has said she is taking legal action to be able to speak freely about her relationship with Trump without fear of legal retribution.

Clifford is among a number of women who have spoken up about sexual encounters with Trump, who has denied the accusations. Her lawsuit claims Trump and his lawyer Michael Cohen have made a concerted effort to silence her for more than a year.

According to the lawsuit, Trump never signed a non-disclosure agreement arranged between Cohen and Clifford to keep her quiet about their alleged affair.

Trump's failure to sign the "hush agreement" renders the pact invalid and she is free to talk about their relationship, the lawsuit claims.

Clifford's relationship with Trump began in the summer of 2006, not long after Trump's wife Melania gave birth to their son Barron, and lasted well into 2007, according to the lawsuit.

Reuters could not independently confirm any of the allegations. Trump has denied he had an affair with Clifford.

"The president has addressed these (allegations by Clifford) directly and made very well clear that none of these allegations are true," White House spokeswoman Sarah Huckabee Sanders told a news briefing.

"This case has already been won in arbitration and anything beyond that, I would refer you to the president's outside counsel," she said.

Clifford's lawyer, Michael Avenatti, said she had faced threats by Cohen and others of legal penalties of USD 1 million if she spoke about Trump after signing the hush agreement.

"My client wants an opportunity to tell her story, to tell the truth about what happened," Avenatti told CNN.

Cohen has said he paid Clifford USD 130,000 out of his own pocket in October 2016, days before the US presidential election. Clifford's lawsuit claims the payment was part of the agreement for her to keep quiet.

Asked about the payment by Cohen to Clifford, Huckabee Sanders said she was not aware Trump knew of it at the time.

Cohen's lawyer, Lawrence Rosen, confirmed in a statement that Cohen obtained an order from an arbitrator prohibiting Clifford from disclosing confidential information covered by the non-disclosure agreement.