He said the UN is ready to engage in preventive diplomacy to keep the competition for water from sparking conflicts. 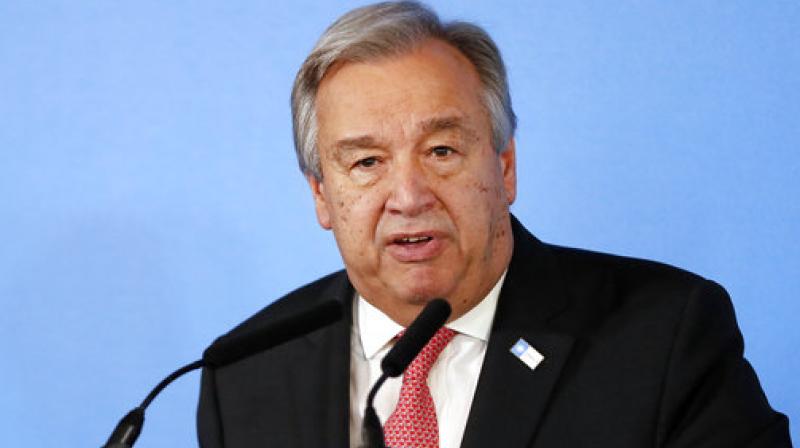 United Nations: Secretary-General Antonio Guterres warned that by 2050 global demand for fresh water is projected to grow by more than 40 per cent and at least a quarter of the world’s population will live in countries with a “chronic or recurrent” lack of clean water.

He told the Security Council that “strains on water access are already rising in all regions,” noting that three quarters of the 193 UN member states share rivers or lake basins with their neighbours.

“Water, peace and security are inextricably linked,” Guterres said. “Without effective management of our water resources, we risk intensified disputes between communities and sectors and increased tensions among nations.”

He said the UN is ready to engage in preventive diplomacy to keep the competition for water from sparking conflicts.

Bolivian President Evo Morales, whose country currently holds the council presidency, noted that since 1947, some 37 conflicts have taken place between countries related to water.

“Our planet, the human family and life in all its myriad forms on Earth are in the throes of a water crisis that will only get worse over the coming decades,” he said.

“If current patterns of consumption continue unabated, two-thirds of the world’s population will be facing water shortages as a daily reality by 2025,” Morales added.

Morales, who presided over the meeting, said the limited availability of fresh water underscores the importance of tackling the issue and ensuring that access to clean water is shared and doesn’t become “a pretext for domestic or international conflict”.

British ambassador Matthew Rycroft said the world has already seen what can happen “when the waters run dry”, pointing to drought in Somalia that is driving acute food shortages and threatening famine and a lack of clean water that is exacerbating the crisis sparked by Boko Haram in northeast Nigeria and sickening thousands.

He said the world currently is not on track to meet UN goals for 2030 calling for improved water security, access to drinking water and sanitation, as well as stronger management of water resources shared by countries.

Rycroft said Britain has provided $30 million over the past five years to support a regional approach to “identify and resolve challenges affecting these transboundary waters”. But to tackle the problem globally, he urged the world’s developed nations to also invest in delivering improved water security within and between states.