His parents spoke with the FBI about their son after learning he was in Jordanian custody and said he had become 'obsessed with Islam.' 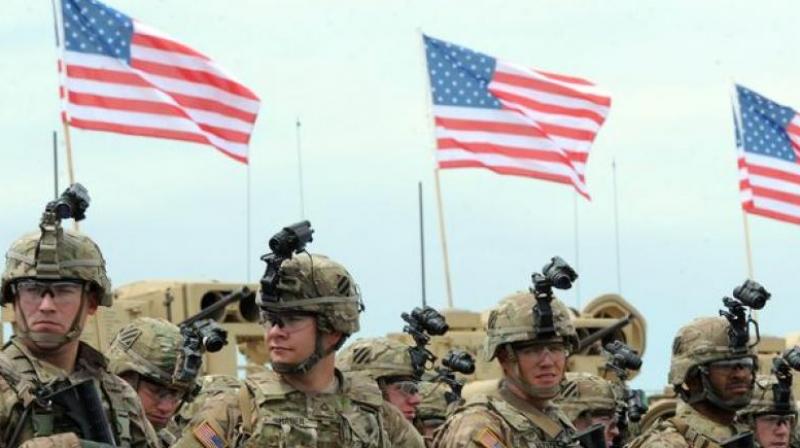 Patel was sent back to the US by his employer but he travelled to Jordan instead where he was arrested and eventually deported. (Photo: Repesentational Image)

New York: An Indian-origin Muslim convert, who had voiced support for ISIS and had searched online for ways to join the terror group, has been arrested for making false statements on his applications to join the US military.

Shivam Patel, 27, of Norfolk was charged for not disclosing on his application to join the Army that he had travelled to China or Jordan.

He claimed he had not gone anywhere outside the US in the past seven years, except for a family trip to India in 2011-12, a report in The Virginian Pilot said, quoting a court affidavit.

The charge carries a maximum sentence of five years in prison. According to the affidavit, Patel – who converted to Islam several years ago – had travelled to China in July 2016 to teach English. While there, he had expressed displeasure to his father about how that country treated Muslims, it said.

Patel was sent back to the US by his employer but he travelled to Jordan instead where he was arrested and eventually deported.

His parents spoke with the FBI about their son after learning he was in Jordanian custody and said he had become “obsessed with Islam.”

An investigation of Patel’s room and computers disclosed evidence that he had downloaded three copies of an online magazine produced by the Islamic State and searched for how to join the group.

On one occasion, he had talked about wanting to become a martyr but suggested his “jihad” might not be violent. He had also praised the terrorist attacks in Paris, Nice and Orlando and expressed an admiration for Anwar al-Awlaki, a slain leader of the Al-Qaeda in the Arabian Peninsula.

On another occasion, speaking to an undercover agent, Patel expressed desire to do something “bigger, better and more purposeful,” like dying for Allah, the report added.

He told the agent about his desire to see a holy war between Muslims and non-Muslims. “He sang an Islamic State fight song to the source and recalled making a replica of the group’s flag, which he wanted to replace his neighbour’s American flag with,” the report said.

Patel then applied for jobs with local police and fire departments, correctional facilities and even the US Army and Air Force.

“He wanted to blend into society and do something ‘glorious’,” FBI Special Agent Thomas Pembroke wrote in an affidavit unsealed Thursday in US District Court.