A substantive session was held in March 2017 to negotiate the legally binding instrument aimed at prohibiting nuclear weapons. 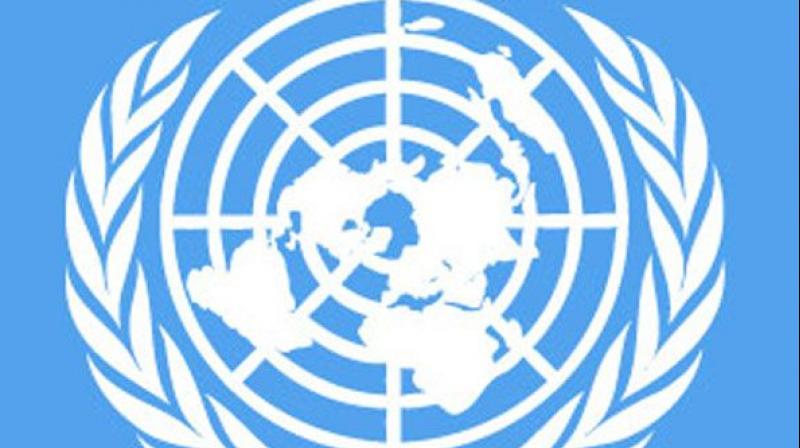 However, the UN envoys of the three nations criticised the treaty for not providing any solution to the 'grave threat posed by North Korea's nuclear programme.' (Photo: File)

United Nations: Over 120 countries in the United Nations voted to adopt the first-ever global treaty to ban nuclear weapons, even as India and eight other nuclear-armed nations, including the US, China and Pakistan did not participate in the negotiations for the legally binding instrument to prohibit atomic weapons.

The Treaty on the Prohibition of Nuclear Weapons, the first multilateral legally-binding instrument for nuclear disarmament to have been negotiated in 20 years, was adopted on Friday amid cheers and applause by a vote of 122 in favour to one against (Netherlands) and one abstention (Singapore).

India and other nuclear-armed nations - the United States, Russia, Britain, China, France, Pakistan, North Korea and Israel had not participated in the negotiations.

A substantive session was held in March 2017 to negotiate the legally binding instrument aimed at prohibiting nuclear weapons.

In October 2016, more than 120 nations had voted on a UN General Assembly resolution to convene a conference to negotiate the legally binding instrument to prohibit nuclear weapons, leading towards their total elimination.

India had abstained from voting on that resolution.

In its Explanation of Vote (EoV) given for its abstention on the resolution in October, India had said that it was ‘not convinced’ that the proposed conference could address the longstanding expectation of the international community for a comprehensive instrument on nuclear disarmament.

It had further said that it supports the commencement of negotiations in the Conference on Disarmament on a Comprehensive Nuclear Weapons Convention, which in addition to prohibition and elimination also includes verification.

Underlining that international verification was essential to the global elimination of nuclear weapons, India had said it feels that the current process did not include the verification aspect.

In line with its position that India articulated in the EoV, the country had decided not to participate in the negotiations for the treaty.

The treaty will be open for signature to all States at UN Headquarters in September and will enter into force 90 days after it has been ratified by at least 50 countries.

A number of countries stayed out of the negotiations, including the United States, Russia and other nuclear-weapon States, as well as many of their allies.

The Democratic People's Republic of Korea (DPRK) did not join the talks either.

In a joint press statement, the Permanent Representatives of the US, UK and France, all veto-wielding permanent members of the UN Security Council, said they "have not taken part in the negotiation of the treaty and do not intend to sign, ratify or ever become party to it...This initiative clearly disregards the realities of the international security environment."

The UN envoys of the three nations also criticised the treaty for not providing any solution to the "grave threat posed by North Korea's nuclear programme."

Opened for signature in 1968, the NPT entered into force in 1970. Then in 1995, the Treaty was extended indefinitely.

A total of 191 states have joined the Treaty, including the five nuclear-weapon States that are the permanent members of the UN Security Council - China, France, Russia, the United Kingdom and the United States.