World   Americas  08 Sep 2018  US cop walks into apartment she thought was hers, kills man
World, Americas

US cop walks into apartment she thought was hers, kills man

The Texas Rangers, a state-wide law enforcement agency, will conduct an independent investigation of the shooting. 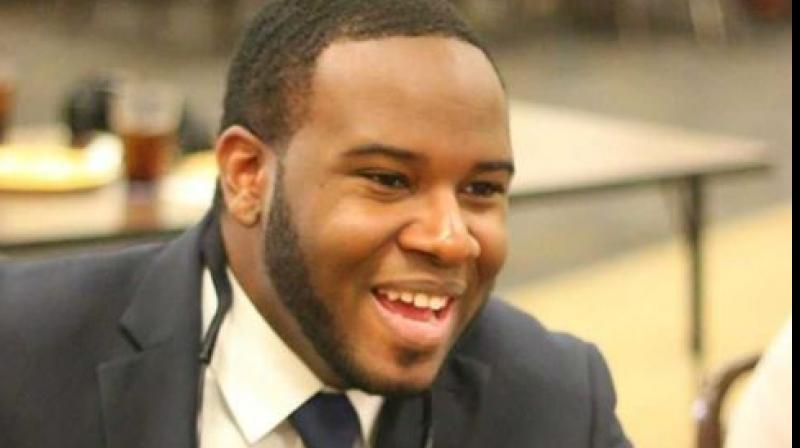 Police did not yet know what interaction occurred between the officer and the victim (in pic). (Photo: Facebook)

Chicago: A Texas police officer will face criminal charges for fatally shooting a man after walking into the wrong apartment following her shift, officials said Friday.

Authorities were seeking to charge the officer, who has not yet been named, with manslaughter. Dallas Police U. Renee Hall told a news conference the incident was "a very unique situation."

"We have ceased handling (the incident) under our normal officer-involved shooting protocol," the chief said, adding that the officer's blood was being tested for drugs and alcohol.

The shooting took place Thursday night, after the officer's shift had ended. While still in uniform, she told authorities she mistakenly walked into the apartment belonging to Botham Shem Jean in an upscale complex near downtown Dallas.

Police did not yet know what interaction occurred between the officer and the victim. After the officer shot Jean, she called emergency services and told responding officers that she had thought she had entered her own apartment.

The 26-year-old Jean was an immigrant from the small Caribbean island nation of Saint Lucia. He had graduated from a private Christian college in Arkansas in 2016 and had since been working for a major accounting firm in Dallas.

The Texas Rangers, a state-wide law enforcement agency, will conduct an independent investigation of the shooting.

"I need answers for my baby brother," Allisa Charles-Findley said.

"Just last week I was thinking of what to get you for your birthday," she wrote in a post, "now I have to go pick out your casket."