The argument began after CNN's Jim Acosta asked Trump about caravan of migrants heading from Latin America to southern US border. 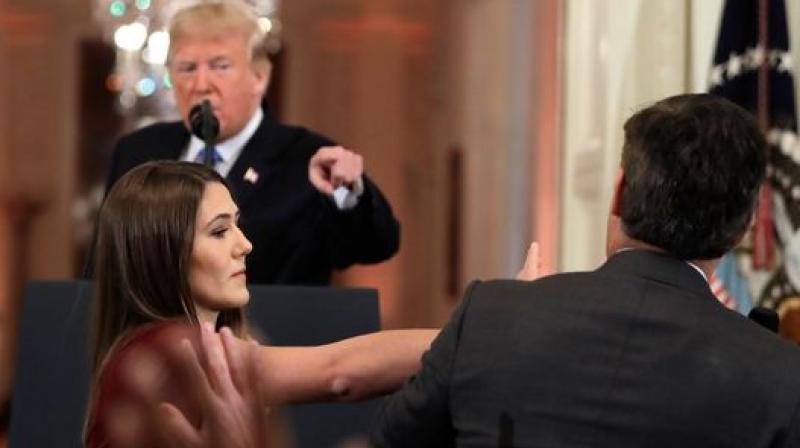 White House press secretary released a statement accusing Jim Acosta of 'placing his hands on a young woman just trying to do her job as a White House intern,' calling it 'absolutely unacceptable.' (Photo: AP)

New York: The White House has said that it has suspended the press pass of CNN White House correspondent Jim Acosta.

The suspension comes after a heated confrontation on Wednesday between Acosta and President Donald Trump during a news conference. They began sparring after Acosta asked Trump about the caravan of migrants heading from Latin America to the southern US border. When Acosta tried to follow up with another question, Trump said, "That's enough!" and a White House aide unsuccessfully tried to grab the microphone from Acosta.

White House press secretary Sarah Huckabee Sanders has released a statement accusing Acosta of "placing his hands on a young woman just trying to do her job as a White House intern," calling it "absolutely unacceptable."

President Trump's combative relationship with the media deteriorated further on Wednesday with a news conference where he called some reporters rude and accused a PBS reporter of posing a racist question when she asked him about white nationalists.

"It's such a hostile media," Trump said during his post-midterms news conference at the White House, after ordering reporter April Ryan of the American Urban Radio Networks to sit down when she tried to ask him a question.

The president complained that the media did not cover the humming economy and was responsible for much of the country's divided politics. He said that "I can do something fantastic, and they make it look not good."