It notes that the people across the US maintain ties with family and friends in J&K. 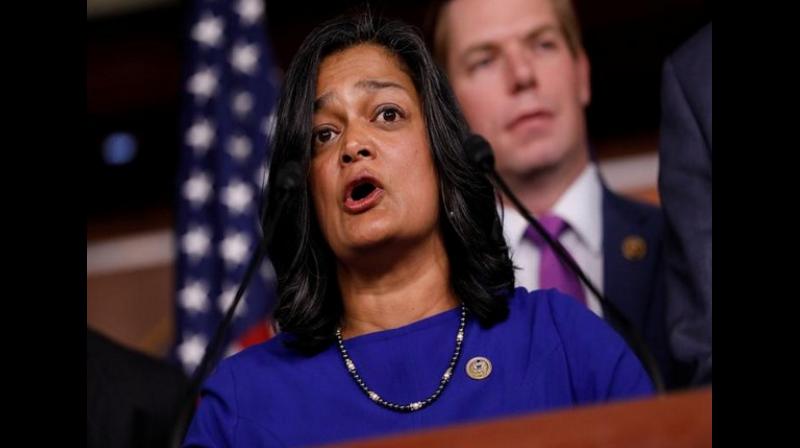 Washington DC: Indian-American Congresswoman Pramila Jayapal has introduced a bill in the US House of Representatives, urging India to lift the communication clampdown, release political detainees and "preserve religious freedom for all residents" in Jammu and Kashmir.

The bill, which was introduced on Friday, asks India to allow international human rights observers and journalists to access Jammu and Kashmir, as well as swiftly release "arbitrarily detained people" in the region.

The restrictions were imposed after the central government abrogated Article 370 of the Constitution that accorded special status to Jammu and Kashmir on August 5.

Three months henceforth, normalcy is gradually returning to the region as landline services have been restored in both UTs and restrictions under Section 144 on movement withdrawn or relaxed.

The bill urges the Indian government to ensure that any actions taken in pursuit of legitimate security priorities respect the human rights of all people and adhere to international human rights law.

It notes that the people across the United States maintain ties with family and friends in Jammu and Kashmir and have reported difficulty contacting their loved ones owing to communications blockade.

Taking to Twitter on Saturday, Jayapal said that she hopes to work with the Indian government and the US Congress to strengthen the US-India partnership, "while protecting the human rights of the Kashmiri people."

"As the world's largest democracy, India shares a unique and important relationship with the United States. I'm proud to have lived my own life in the world's two greatest democracies--as a citizen of India for 35 years, and now as a proud American citizen and member of Congress," Jayapal tweeted.

"I have fought to strengthen the special US-India relationship, which is why I'm deeply concerned. Detaining people without charge, severely limiting communications, & blocking neutral third-parties from visiting the region is harmful to our close, critical bilateral relationship," the following tweet read.