Diego Maradona acknowledges he is father of 3 more children

Argentine soccer legend Diego Maradona has confirmed paternity of three children born in Cuba in addition to the five he has. 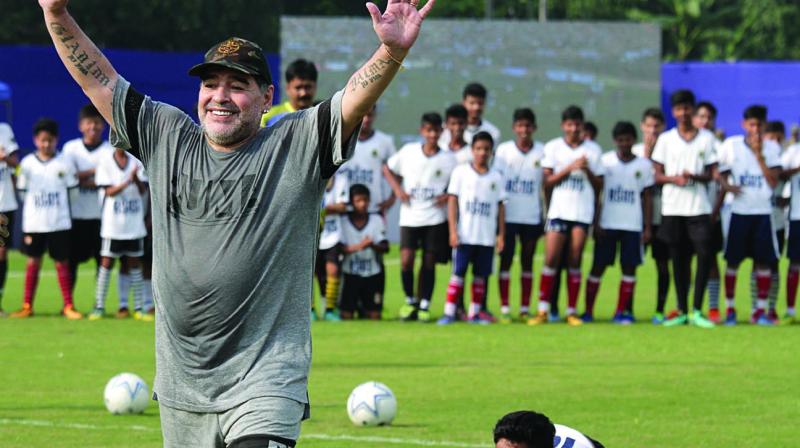 Buenos Aires: Argentine soccer legend Diego Maradona has confirmed paternity of three children born in Cuba in addition to the five he has previously recognized, his lawyer announced Friday.

"Three more and you'll have a team of 11. Come on, you can do it!" said his daughter Giannina, 29, greeting the news on Instagram. Both she and her sister Dalma, 31, are estranged from the footballer -- siding with their mother Claudia Villafane in a court battle that followed the breakup of their 1984-2003 marriage.

Morla said Maradona would not contest the latest paternity suit in Cuba, where the footballer intermittently underwent treatment for cocaine addiction between 2000-2005.

Maradona for years denied he had any children other than his daughters with Villafane. However, he was forced to recognize Diego Junior, 32, and 22-year-old Jana after long court battles with their mothers.

A fifth child -- six-year-old Diego Fernando -- was born from a recent relationship with Argentine Veronica Ojeda. Maradona is currently working as coach of Mexican second division side Dorados de Sinaloa.