Over 50 children were sacrificed in Peru for rituals, remains found

The site is located close to another where evidence of the biggest-ever sacrifice of children was found. 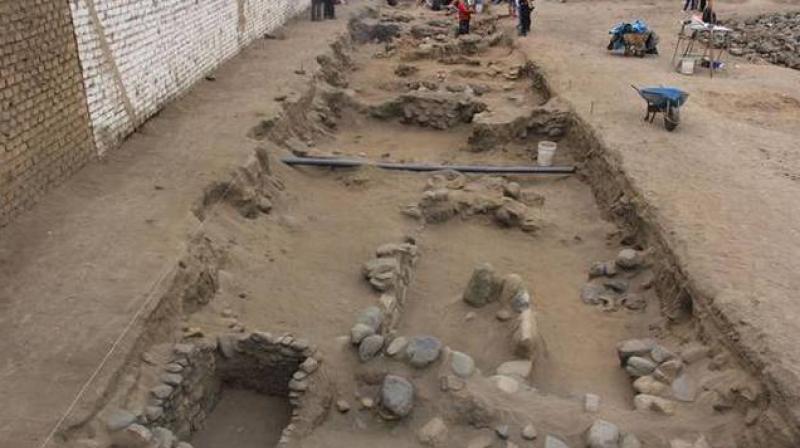 'So far we have found the remains of 56 children who were sacrificed by the Chimu culture,' archaeologist Gabriel Prieto said. (Photo: AFP)

Lima (Peru): A group of archaeologists has discovered the remains of more than 50 children who were ritually sacrificed by the pre-Columbian Chimu culture on the northern coast of what is now Peru.

The site is located a close to another where evidence of the biggest-ever sacrifice of children was found, with more than 140 youngsters were slain. But the most recent discovery may be even bigger.

"So far we have found the remains of 56 children who were sacrificed by the Chimu culture," archaeologist Gabriel Prieto told AFP.

"At this new site, we can easily double the number of remains we found in Huanchaquito," he said, referring to the nearby location where over 140 dead were found.

The new sacrifice site was discovered in the Pamapa La Cruz area in Huanchaco, a coastal district of Trujillo, Peru's third-largest city.

Prieto said that the remains of the children, who were aged between six and 14, were found in early May wrapped in cotton shrouds facing the sea, a kilometer (less than a mile) north of Huanchaquito.

"The interesting thing is that they were sacrificed with a cut in the sternum and display opened ribs like in Huanchaquito," which reinforces the idea that "Huanchaco was a place where massive sacrifices of children were made during the Chimu culture," he said.

In Huanchaquito, the remains of over 140 children and 200 llamas slain some 550 years ago were discovered, National Geographic reported in late April.

Those excavations date back to 2011, when the remains of 42 children and 76 llamas were discovered in a 3,500-year-old temple, according to the report.