The State Department said that following a 15-day Congressional notification period, these sanctions will take effect around August 22. 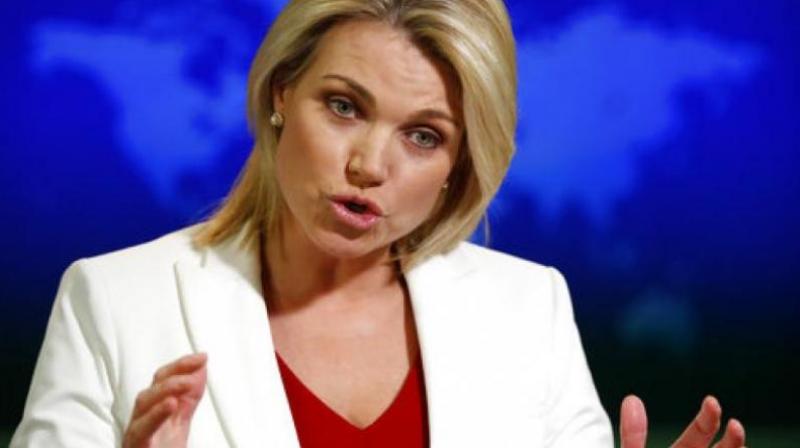 Russia has rejected allegations levelled by the UK that Moscow was behind the deadly nerve-agent attack in the English city of Salisbury on March 4 that had left Skripal and his daughter hospitalised in critical condition. (Photo: File)

New York: The Trump administration said on Thursday that it would impose new sanctions against Russia to punish Moscow for the use of a nerve agent in the attempted killing of a former spy and his daughter in Britain.

The State Department said in a brief statement that the sanctions were in response to "the use of a 'Novichok' nerve agent in an attempt to assassinate UK citizen Sergei Skripal and his daughter Yulia Skripal in March".

The US, on August 6, determined that the Russian government "has used chemical or biological weapons in violation of international law or has used lethal chemical or biological weapons against its own nationals," State Department spokeswoman Heather Nauert said in a statement. The statement said that following a 15-day Congressional notification period, these sanctions will take effect around August 22.

Russia has rejected allegations levelled by the UK that Moscow was behind the deadly nerve-agent attack in the English city of Salisbury on March 4 that had left Skripal and his daughter hospitalised in critical condition.

The Washington Post quoted a State Department official as saying that the sanctions could have a significant impact on trade with Russia, including prohibition of licenses on sending some US goods there, such as electronic devices.

"But unless Russia agrees within 90 days to stop all use of chemical weapons and permit inspections to confirm their elimination, additionally mandated measures could cut off almost all trade between the two countries, prohibit landing rights for Russian airlines, and lead to a suspension of diplomatic relations," the Washington Post report said.

In March, the Trump administration had ordered the expulsion of 60 Russians from the US, following similar actions taken by other countries in the wake of the allegation by the UK that Russia was behind the nerve agent attack. Of the 60 expelled, 12 are intelligence operatives from the Russian Mission to the United Nations who have been accused of abusing their privilege of residence in the United States.

"After a review, we have determined that the 12 intelligence operatives engaged in espionage activities that are adverse to our national security. Our actions are consistent with the UN Headquarters Agreement," US Ambassador to the UN Nikki Haley had said.

Russia had responded with a similar number of diplomatic expulsions and ordered the closure of the US consulate in St. Petersburg, Russia's second-largest city.