The man went inside and admitted opening fire on customers and employees, the document said. 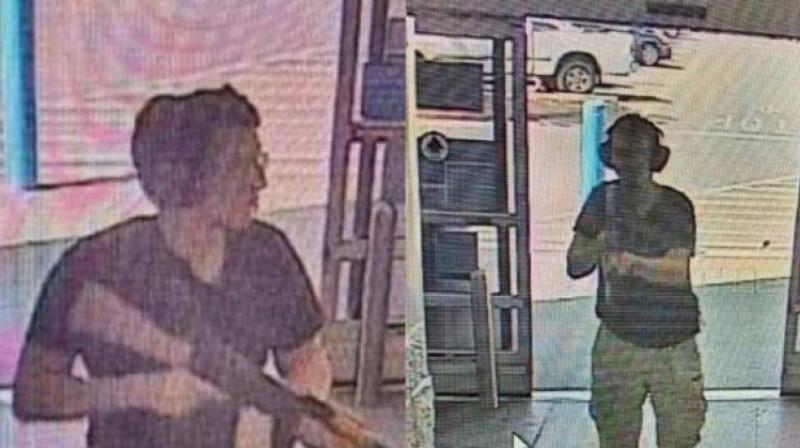 On August 3, at least 22 people were killed and 27 others were injured after the gunman opened fire in a Walmart shopping centre. (Photo: AFP)

On August 3, at least 22 people were killed and 27 others were injured after the gunman opened fire in a Walmart shopping centre. The suspect was identified by the police as a 21-year-old white man named Patrick Crusius, who was believed to be spurred by his hatred for immigrants.

According to an affidavit written by Detective Adrian Garcia of the El Paso Police Department, the accused stepped out from a vehicle with his hands up and said that he was the shooter when he was surrounded by police officers, New York Times reported.

When the police were responding to reports of an active shooting situation, rangers with the Texas Department of Public Safety saw the vehicle stop at an intersection near the Walmart store.

The man went inside and admitted opening fire on customers and employees, the document said.

During the investigation, the suspect said that he had used an AK-47-style gun and brought multiple magazines containing ammunition from Texas to carry out the mass shooting, Garcia wrote in the affidavit.

The detective said that the accused was taken to an interview room where he had agreed to divulge the details of the shooting to another detective, the document said.

The suspect is in police custody and is facing charges of murder. Prosecutors are considering to charge him under hate crime and firearm laws that can carry a death penalty.

El Paso is home to a large majority of Latino population and sits on the US-Mexico border.

Earlier this week, the mother of the suspect had called the police and expressed concern about his son owning an assault rifle weeks before the shooting took place.

The US was rocked by two back-to-back shootings last weekend -- in El Paso and in Dayton -- with the incidents occurring just a few hours from each other. In the Dayton shooting, ten people including the suspect were killed.

The twin shootings have reignited calls for tighter laws on gun control with hundreds of protesters taking to the streets across the US in a bid to pressurise the Donald Trump administration to take stringent steps to prevent such incidents.

Trump, who visited the kin of shooting victims in both El Paso and Dayton, had called for tighter reforms, ranging from a background check on gun buyers to amendments in the immigration legislation.

He also said that he would "do something" about white supremacy and other hate groups in the country.