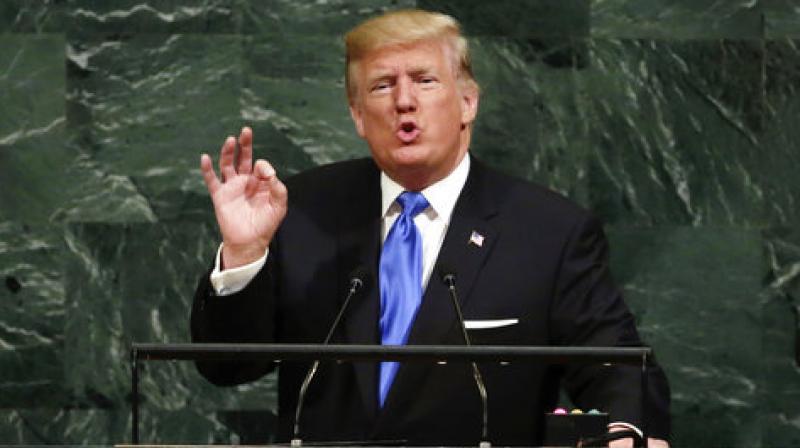 Washington: US President Donald Trump has sent a list of hardline immigration principles to the Congress, proposing a point-based system for awarding green cards, preventing immigrants from sponsoring their extended families, and speeding up deportations.

Besides overhauling the country’s green-card system, the Trump administration’s wish-list also includes the funding of a controversial border wall along the US-Mexico border and a crackdown on unaccompanied minors entering the country.

The move to establish a merit-based immigration system could benefit high-skilled Indian immigrants, especially those from the IT sector.

However, the new policies would badly impact those thousands of Indian Americans who want to bring in their family members to the US particularly their aged parents.

The demands were denounced by Democratic leaders in Congress who had hoped to forge a deal with Mr Trump to protect younger immigrants, known as “dreamers”, who were brought to the US illegally as children.

In his letter to the Congress Sunday night, Mr Trump demanded that these principles must be included as part of any legislation addressing the status of DACA recipients.

“Without these reforms, illegal immigration and chain migration, which severely and unfairly burden American workers and taxpayers, will continue without end,” he asserted.

“Decades of low-skilled immigration has suppressed wages, fuelled unemployment and strain-ed federal resources,” he rued. The administration proposes establishing a merit-based immigration system that protects US workers and taxpayers, and ending chain migrati-on, to promote financial success and assimilation for newcomers, he said.