Haqqanis, LeT, JeM should be treated like terror groups: India

India’s Permanent Representative to the UN Syed Akbaruddin warned against differentiating between good and bad terrorists. 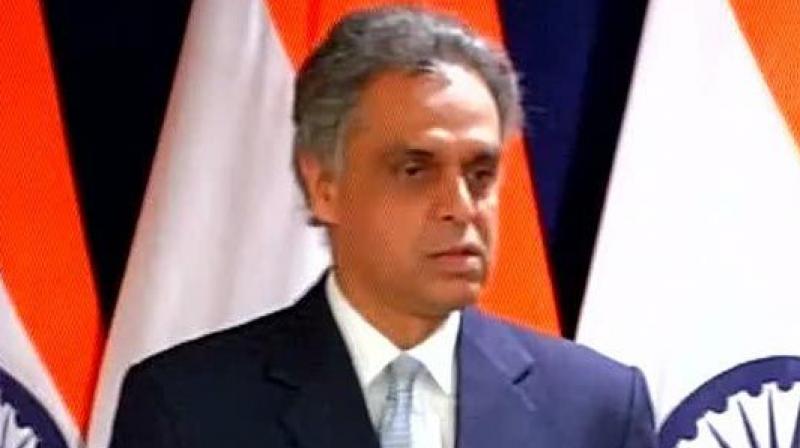 United Nations: India has said that outfits like the Haqqani network, LeT and JeM should be treated like terrorist groups and warned that terrorism's "resurgent forces" are not given sanctuaries and safe havens in any form.

"The unimpeded and increasingly brutal terrorist attacks, the territorial gains by terrorist groups with support from outside Afghanistan and the emerging grave humanitarian crises are all portents of dreadful times," India’s Permanent

Representative to the UN Syed Akbaruddin said on Friday during a Security Council session on the situation in Afghanistan.

"It is our first and foremost duty to ensure that the resurgent forces of terrorism and extremism do not find sanctuaries and safe havens in any name, form or manifestation," he said, adding that experience has shown when "foreign assistance" is available to insurgents, situations tend to fester and take a greater toll.

He strongly warned against differentiating between good and bad terrorists as well as playing one group against the other. "The Taliban, Haqqani Network, Al-Qaeda, Daesh, Lashkar-e-Toiba, Jaish-e-Mohammad, and others of their ilk are all terror organisations, many of them proscribed by the UN.

They should be treated like terrorist organisations and their activities universally opposed," he said. In a criticism of the world body, Akbaruddin said it is obvious that the political process the UN had started and the sanction regimes it had split have not quite worked.

"The fact that the Council has not acted on the Taliban leaders as it had vowed in resolution 1988 is now well documented," he said. The Indian envoy also strongly criticised the Security Council's subsidiary body for taking four months to confirm the death of the leader of the Taliban.

"It is now 7 months and we are still counting as we await the decision of the Council's same subsidiary on freezing the accounts of that slain terrorist," he said.

Akbaruddin cautioned that the international community cannot stand and watch from the sidelines as gains achieved by them and the Afghan people towards the war-torn country’s development in the last decades are reversed.

India called for decisive action to combat terror groups, saying nations have had to pay a costly price for their inactions in the past. "While territories are captured by terrorists, people are killed and threatened to go back to a situation perhaps same as or worse than what they fled, can we remain just looking on? Standing, where we are today, it is imperative that we take action and take it decisively. We must not forget the implications the world faced in 2001 for its lack of action. History never forgives those who forget it," he added.