Biden again showed strength with working-class voters and African Americans, who are vital to winning the Democratic nomination 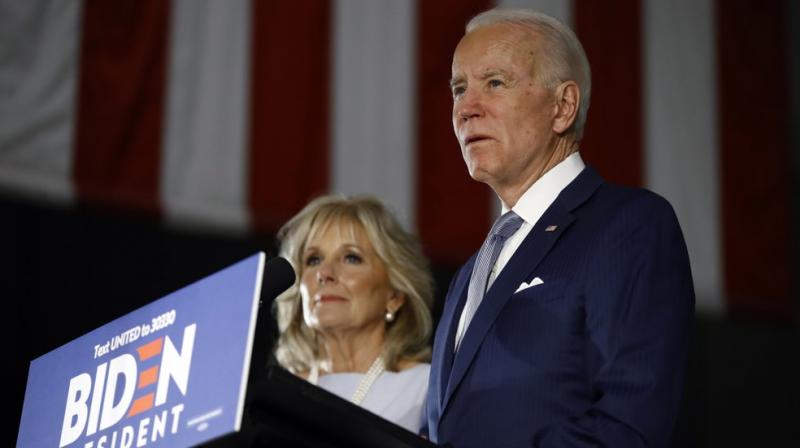 Biden again showed strength with working-class voters and African Americans, who are vital to winning the Democratic nomination. Sanders’ hopes on Tuesday rested on states where far fewer delegates were at stake, Idaho, North Dakota and Washington state. Washington’s primary was too early to call late Tuesday. Because all votes there are cast by mail or by dropping them off in a ballot box, many ballots were marked for candidates who have since dropped out.

Tuesday marked the first time voters weighed in on the primary since it effectively narrowed to a two-person race between Sanders and Biden. And the first three large states easily went to Biden, a dramatic reversal for a campaign that appeared on the brink of collapse just two weeks ago. Now it is Sanders, whose candidacy was ascendant so recently, who must contemplate a path forward.

Addressing supporters in Philadelphia, Biden noted that many had “declared that this candidacy was dead” only days ago but “now we’re very much alive.” He also asked Sanders supporters to back him going forward.

“We need you, we want you, and there’s a place in our campaign for each of you. I want to thank Bernie Sanders and his supporters for their tireless energy and their passion,” Biden said. “We share a common goal, and together we’ll beat Donald Trump.”

It marked a high point for the former vice president’s staff. They sipped beer and broke into an impromptu dance party after his speech, held close to his Philadelphia headquarters.

Even as the contours of the race came into shape, new uncertainty was sparked by fears of the spreading coronavirus. Both candidates abruptly canceled rallies in Ohio that were scheduled for Tuesday night. That set the stage for Biden’s remarks in Philadelphia, while Sanders flew home to Vermont and didn’t plan to address the public.

Sanders’ campaign also said all future events would be decided on a case-by-case basis given public health concerns, while Biden called off a scheduled upcoming Florida stop. Still, the former vice president said Tuesday night that he’d be announcing plans to combat the coronavirus later this week.