Larry Kudlow said that US had planned to sign joint G7 communique until Trudeau made certain statements countering US' economic interests. 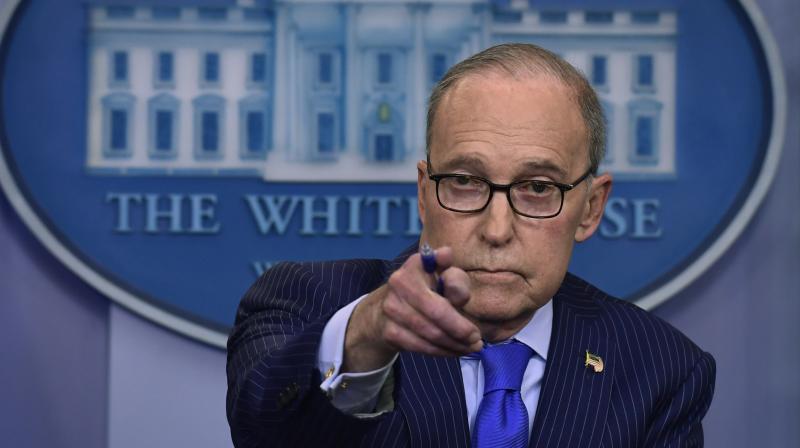 Kudlow further warned Canada of undermining the spirit of upcoming US-North Korean summit on June 12 by passing out such comments. (Photo: AP)

As per a CNN report, on the conclusion of the G7 summit, Kudlow said that the United States had planned to sign the joint G7 communique until Trudeau made certain statements countering the economic interests of the United States.

Trudeau addressed a news conference after the G7 summit, in which he said that Canada would "move forward with retaliatory measures" starting from July 1 in response to Trump's decision to impose 25 percent trade tariffs on aluminum and steel on its closest allies Canada, Mexico, and the European Union.

Reacting to the same, Kudlow said, "Trudeau really kind of stabbed us in the back."

Kudlow further warned Canada of undermining the spirit of upcoming US-North Korean summit on June 12 by passing out such comments.

"He (Trump) is not going to permit any show of weakness on the trip to negotiate with North Korea," Kudlow said.

On that note, Trump had cut short his trip to La Malbaie in Canada where the much-awaited G7 summit took place.

Kudlow further called Kim as "crazy nuclear tyrant" as he urged the other members of G8 to support Trump.

Trump had earlier called Trudeau's statement as "dishonest and weak."

"PM Justin Trudeau of Canada acted so meek and mild during our G7 meetings only to give a news conference after I left saying that, "US Tariffs were kind of insulting" and he "will not be pushed around." Very dishonest & weak. Our Tariffs are in response to his of 270% on dairy!" Trump tweeted.

Based on Justin’s false statements at his news conference, and the fact that Canada is charging massive Tariffs to our U.S. farmers, workers and companies, I have instructed our U.S. Reps not to endorse the Communique as we look at Tariffs on automobiles flooding the U.S. Market!