'We owe it to our planet,' says Canadian PM; to ban single-use plastics by 2021

Canada's decision comes following the establishment of an Ocean Plastics Charter announced by Trudeau at the G7 conference last year. 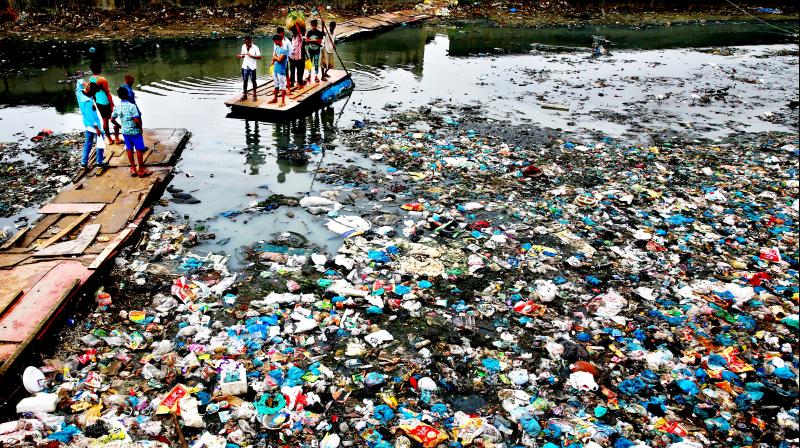 In an effort to curb pollution of oceans, the Canadian government on Monday announced that it will ban single-use plastics as early as 2021. (Representational Image)

Ottawa: In an effort to curb pollution of oceans, the Canadian government on Monday announced that it will ban single-use plastics as early as 2021.

The goal is "zero plastic waste (from) coast to coast" that will be in effect "as early as 2021," Anadolu News Agency quoted him as saying.

Underlining the harmful effects of using plastic, the Canadian Prime Minister said that the action should be implemented as soon as possible.

"As well, it is difficult to find areas at beaches that are not littered with plastics, he said. Dead whales have been found with all kinds of plastics in them too," he said.

It is estimated that one million birds and over 100,000 marine mammals die or get injured when they get caught in plastic or ingest it.

Making a request to his fellow citizens, Trudeau asked them to remember their outdoor trips, urging them to imagine how they would react when they see dead birds, fishes and areas littered with shopping bags. "That's the fate of our kids if we do not act," he said.

"We have reached a defining moment and this is a problem we simply can't afford to ignore," Trudeau added.

Later, Trudeau tweeted, "Canadians throw away 3 million tonnes of plastic waste every year. 15 billion plastic bags a year. 57 million straws a day. They end up in our oceans, beaches, parks and streets. And this has to stop. We owe it to our planet, and to our kids."

Canada's decision comes following the establishment of an Ocean Plastics Charter announced by Trudeau at the G7 conference last year. Apart from Canada, France, Germany, Italy, the UK and the European Union are members of the charter.