United States President Donald Trump will be in Pennsylvania for a memorial for the Flight 93 victims. 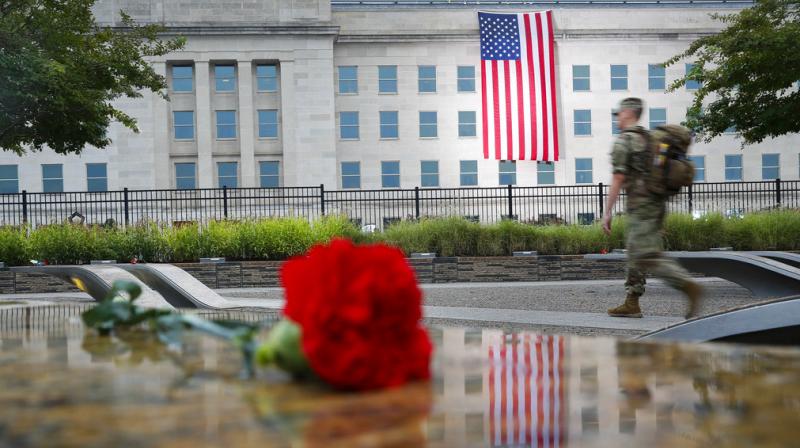 Mumbai/New York: Seventeen years after the deadliest attack on US, the wounds of the victims and their families seem fresh.

Today, people across the country will pause and remember the victims of the 9/11 attacks. The annual World Trade Centre ceremony in New York will include with a moment of silence. It will feature the reading of names of the victims of 2001 and 1993 attacks.

US Defence Secretary James Mattis and Vice President Mike Pence will be honouring the victims of the Pentagon attack in Washington DC.

United States President Donald Trump will be in Pennsylvania for a memorial for the Flight 93 victims.

Trump will be accompanied by his wife Melania Trump on the day that symbolises national unity.

America’s First Couple will visit the newly inaugurated Tower of Voices at the Flight 93 National Memorial - a 93-foot-tall monument with around 40 wind chimes representing the 40 passengers and crew killed on the flight.

More than 1,100 victims of the attack on the World Trade Centre are yet to be identified. A lab in New York, day in day out repeat protocols in the hope to identify the remains.

Mark Desire, assistant director of forensic biology at the office of chief medical examiner in New York said, “The bone is the hardest biological material to work with. When they are present at ground zero and exposed to various things, it can destroy the DNA. Some 22,000 pieces of human remains found at site since attack have been tested- around 10 to 15 times already.”

In Manhattan, Desire id the only original member of the forensic team still working on the project.

Just few days before the 17th anniversary of the 9/11 attack, trains started running again through the New York city subway station that got buried when the Twin Towers fell. The city people cheered and clapped and some recorded and shared video footage of the event as the train came at the station.

Tens of thousands of people who lived or worked in the neighbourhood of the attack area found themselves breathing thick air with toxic fumes and various particles burning from the skyscrapers. Though many died on that day, but there are many who survived attack and have become sick since and new cases are still coming out that are linked back to the wreckage. The latest example is a cluster of men who have developed breast cancer who were either victims or NYPD police officers or firefighters.

Legally, advocates are gearing up for another fight in Congress, with the victim compensation fund set to expire in December 2020 unless lawmakers vote to extend it.

On September 11, 2001 also known as 9/11, 19 militants associated with the Islamic extremist group Al-Qaeda hijacked four airplanes and carried out suicide attacks. Two planes were flown into the twin towers of World Trade Centre in New York, a third plane hit the Pentagon just outside Washington and the fourth plane crashed in a field in Pennsylvania.  It is also believed that the hijackers were planning to attack the Capitol and on that day Congress was in full session.

Around 3,000 people and 343 New York firefighters were killed during the attack which triggered major initiatives by US to combat terrorism.