More Sikhs plan to join US Army after new rule

The US Army last week issued new regulations on religious liberty to accommodate people who wear beards, turbans or hijabs. 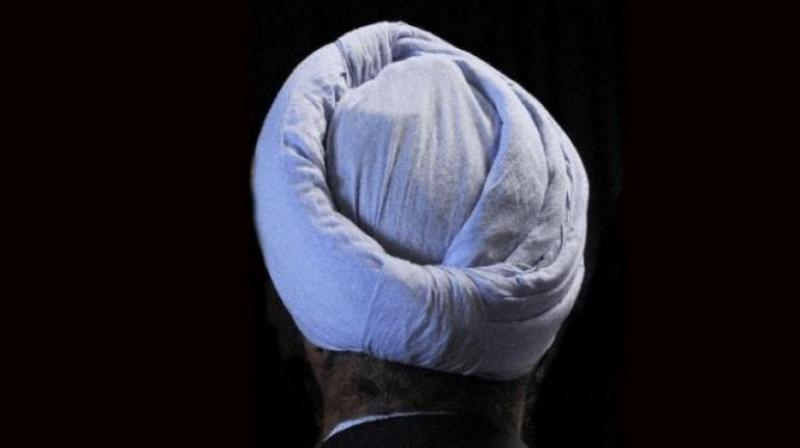 Sikhs have been campaigning for quite some time to get the restrictions removed and were pressing the White House to push the changes. (Photo: Representational Image/AFP)

Washington: Sikhs in America are now planning to join the US Army in large numbers after it issues a new regulation on religious liberty to accommodate people who sport turbans and beards for religious reasons.

In a significant move to enable all religious minorities in America, including the Sikhs, the US Army last week issued new regulations on religious liberty to accommodate people who wear beards, turbans or hijabs.

The new set of rules allows religious accommodations to be approved at the brigade-level. Previously it was at the level of Secretary.

"This is a historic day for Sikhs in the US," said Rajwant Singh secretary of the Guru Gobind Singh Foundation, which organised an event to celebrate the US Army announcement in this regard. Sikhs are now planning to join the US Army in large numbers, he said.

"This is a well-timed policy change that the Department of Defence and the White House made for the Sikh community since it aligns with the auspicious occasion of the 350th birth-anniversary of Guru Gobind Singh, the 10th Sikh Guru, who taught us to stand up for who you are and work for the religious freedom of all," Singh said.

Sikhs have been campaigning for quite some time to get the restrictions removed and were pressing the White House to push the changes in the waning days of the Obama Administration.

"We are thankful to President Barack Obama and the Secretary of Army Eric Fanning for making sure that these restrictions against religious articles are removed. Sikhs are thrilled and there are many young people who are eager to serve. This will provide an opportunity to people of faith who are loyal and patriotic Americans to serve this country with dignity and without compromising their faith," Singh said.

"We must realise that there can be no dagger into the heart of bigotry and divisiveness than to see all of the world's cultures, standing visibly in one formation, united against hate," said Ravi Chaudhary, a former Pentagon official and who served as a member of the President's Advisory Commission on Asian Americans and Pacific Islanders.

Joining the celebration, Dilpreet Kaur Sidhu, an official from the National Security Council at the White House, said, there is lot of work to be done.

"The administration worked really hard to achieving in what they did and there a lot more to be done. There are not too many Sikhs working in the Federal government. It is important that we encourage Sikh youth to opt for career in public service," he said.

"This is the result of that continued struggle but we need to continue. Only one agency has changed the rules and we need to work on other agencies. This would be possible only with the support of the community," he said.