White House has no date set for Trump-Xi summit; but trade negotiations ongoing

No date has been set yet for a summit meeting between US President Donald Trump and his Chinese counterpart Xi Jinping. 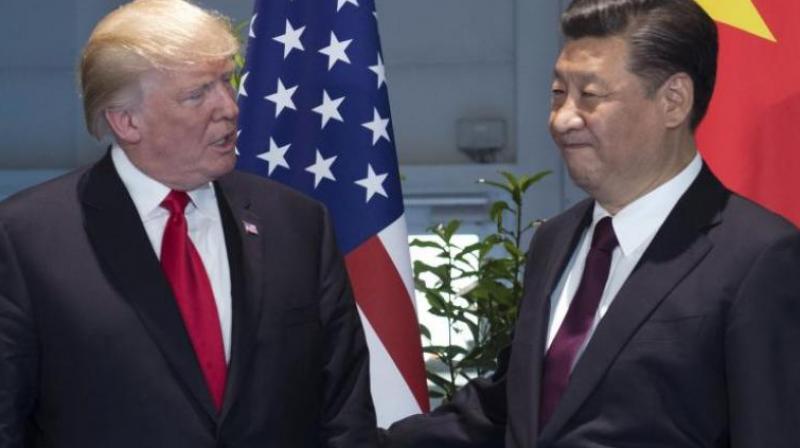 China considers the US President as "unreliable" in view of him walking away from talks with North Korean leader Kim Jong-un. (File Photo)

Washington: No date has been set yet for a summit meeting between US President Donald Trump and his Chinese counterpart Xi Jinping, the White House said on Monday noting that the trade negotiations between the two countries still continues.

"In terms of whether or not we have a date set, not yet. We're continuing the negotiations with China. When we have an announcement for the two leaders to sit down, we'll certainly let you know," White House Press Secretary Sarah Sanders told reporters at her news conference.

She was responding to questions on reports that a summit meeting at Trump's Mar-a-Lago resort in the US state of Florida has been put off as China considers the US President as "unreliable" in view of him walking away from talks with North Korean leader Kim Jong-un. Sanders ridiculed such a view.

She argued that the President didn't feel like what was on the table was enough.

"The President is 100 per cent committed to denuclearization of the Peninsula, and he's going to make sure that whatever we do furthers that process. We'll see what happens with North Korea, the same way we're going to see what happens in the negotiations with China. They're ongoing," she said.

Trump is going to make sure whatever deal the US gets is in its best interest -- that it's fair and reciprocal trade; that it protects intellectual property; and that it actually has safeguards to make sure that the Chinese follow through with whatever commitments that they make, Sanders said.

The two leaders will sit down for talks only when the negotiations are complete, she asserted.