Analia Pasatino was forced to take a leave of absence from the police department after coming out as a transgender woman in 2008. 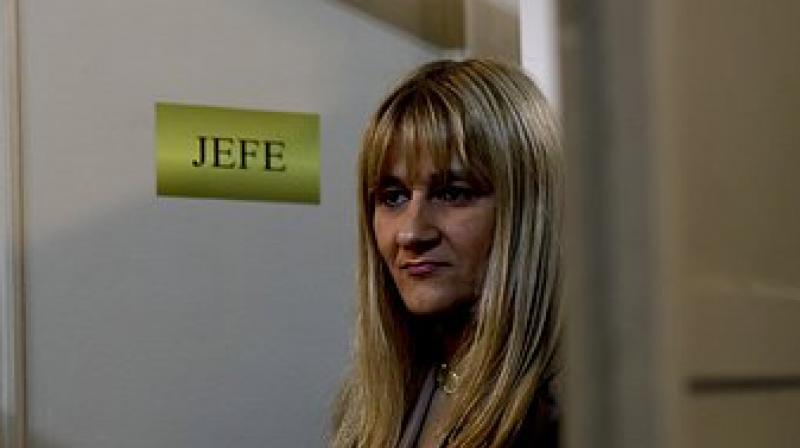 Buenos Aires (Argentina): Analia Pasantino served in Argentina’s federal police as a man for 20 years, and then she came out as a transgender woman and was forced to resign.

She is smiling these days, though, beaming with pride to be wearing a police badge again. And the sign on her office door reads: “Chief.”

Nearly a decade after psychiatric reports said Pasantino suffered from an “irreconcilable” illness that made her unfit to serve, she was welcomed back to the police force this week and appointed deputy police commissioner in the judicial communications department.

“This is a milestone,” Pasantino, 49, said on Thursday. “I’m the first transgender police chief in Latin America. It’s an unprecedented and important step to show Latin America and the world that we are an open institution.”

“She has backed me with everything,” Pasantino said about Mauro, who is also a lawyer. “She has been my pillar of support.”

Pasantino said she was forced to take a leave of absence from the police department after coming out as a transgender woman in 2008. Every three months, she would present a psychiatric evaluation hoping to rejoin the force, but a committee reviewing her case repeatedly extended her leave.

“It was always seen as an illness,” she said. “As crude as it sounds, the final diagnosis was: a disturbance in gender identity that made me unrecoverable to the police force.”

Then the leadership of the federal police changed and she won reinstatement, Pasantino said.

She also credits the efforts of Mara Perez, a transgender woman who leads the diversity division at Argentina’s security ministry. “Mara’s efforts were priceless,” Pasantino said. “When they said ‘no’ under previous governments, she kept insisting until she succeeded.”

This week, Pasantino was flooded by messages of support from former colleagues and requests for interviews, after she was welcomed back into the police force at a televised press conference with Argentina’s security minister and the federal police chief.

“At first I was a bit overwhelmed by so much attention. But I’m proud to tell this story,” she said. “And I hope it helps others as well.”