Donald Trump says his son is 'innocent' over email scandal

The messages show that the younger Trump was open to the prospect of 'very high level and sensitive information' from a Russian attorney. 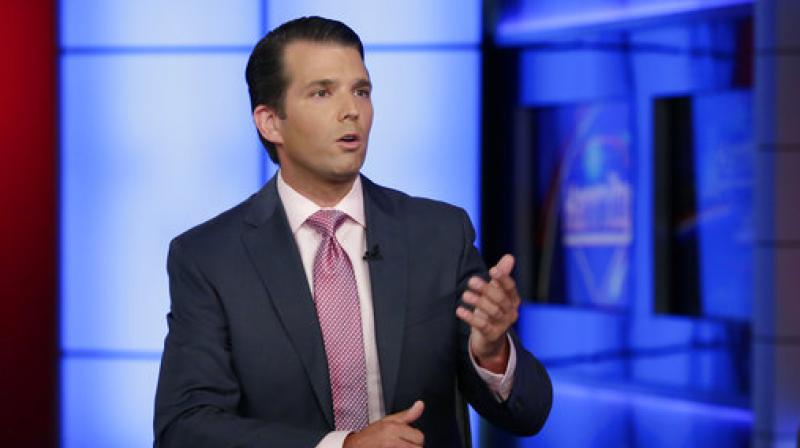 Donald Trump Jr., posted a series of email messages to Twitter on Tuesday showing him eagerly accepting help from what was described to him as a Russian government effort to aid his father's campaign with damaging information about Hillary Clinton. (Photo: AP)

“My son Donald did a good job last night,” Trump wrote on Twitter, referring to a television interview by his son late Tuesday on the issue. “He was open, transparent and innocent. This is the greatest Witch Hunt in political history. Sad!”

My son Donald did a good job last night. He was open, transparent and innocent. This is the greatest Witch Hunt in political history. Sad!

Emails released showed Trump’s eldest son eagerly agreed last year to meet a woman he was told was a Russian government lawyer who might have damaging information about Democratic White House rival Hillary Clinton as part of Moscow’s official support for his father.

The emails are the most concrete evidence yet that Trump campaign officials welcomed Russian help to win the election, a subject that has cast a cloud over Trump’s presidency and spurred investigations by the Justice Department and Congress.

The messages show that the younger Trump was open to the prospect of “very high level and sensitive information” from a Russian attorney that a go-between described as “part of Russia and its government’s support for Mr. Trump” ahead of a meeting on June 9, 2016.

“If it’s what you say I love it,” Trump Jr. responded. He released the messages on Twitter after the New York Times said it planned to write about them and sought comment from him.

He said Veselnitskaya did not provide any damaging information about Clinton at the meeting and instead sought to discuss Russian sanctions.

“In retrospect, I probably would have done things a little differently,” he said. “For me, this was opposition research.”

Nevertheless, the correspondence between him and Rob Goldstone, a publicist who arranged the meeting, could provide fodder for US investigators probing whether Trump’s campaign colluded with the Kremlin.