The second legislation would require the State Department to assess Islamabad's long history of cooperating with terrorists. 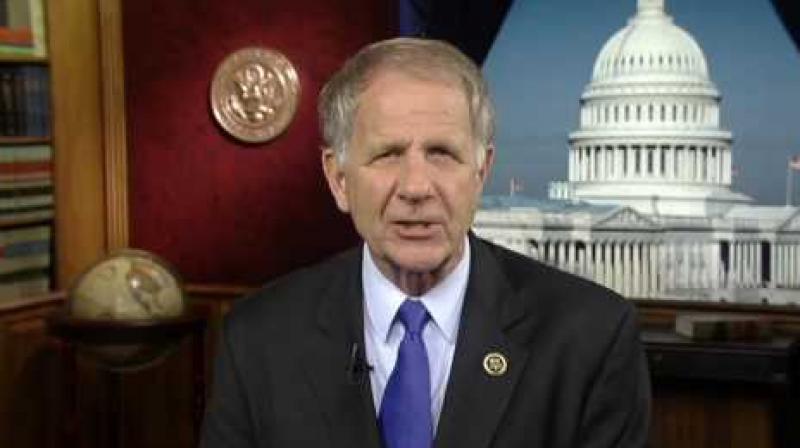 Washington: Frustrated with Pakistan's duplicity over its relationship with the US, a top American lawmaker has said Pakistan must be held accountable for continuously working against the interests of the US.

The US has been reluctant to cut ties or meaningfully confront Pakistan over its treachery because the supply line that keeps the coalition fed and equipped in Afghanistan runs through Pakistan, Republican Congressman Ted Poe said in an op-ed in The Washington Times titled 'Pakistan's long history of duplicity'.

"However, this key link does not come free and has even been severed by Pakistan on multiple occasions after violent incidents between their forces and our own," Poe alleged.

Poe said in order to put pressure on Pakistan, he has recently introduced two anti-Pakistan legislations in the US House of Representatives.

One of the legislation calls for revoking major non-NATO ally (MNNA) status of Pakistan, which was granted to it in 2004 by the then president, George Bush, in an effort to get the country to help the US fight al-Qaeda and the Taliban.

The second legislation would require the State Department to assess Islamabad's long history of cooperating with terrorists and determine whether or not Pakistan is a state sponsor of terrorism "Pakistan must be held accountable for the American blood on its hands," said Poe, who is a member of the Foreign Affairs Committee and serves as chairman of the Subcommittee on Terrorism, Non-proliferation and Trade.