The decision allows the Trump administration to implement its policy while the litigation process in lower courts is on. 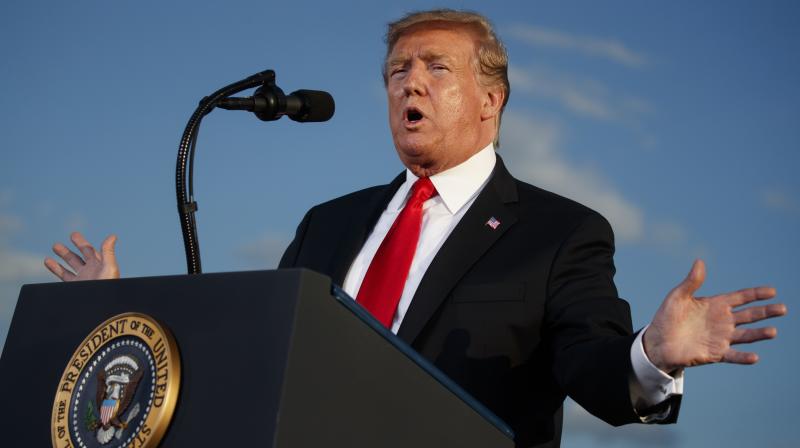 Washington: The US Supreme Court on Wednesday allowed the administration to enforce new asylum rules, which would cut down the number of asylum seekers, in a major political victory for President Donald Trump. The decision allows the Trump administration to implement its policy while the litigation process in lower courts is on. Two of the justices of the Supreme Court, Sonia Sotomayer and Ruth Bader Ginsberg, dissented on the order. The White House was quick to welcome the decision.

"This greatly helps build on the progress we've made addressing the crisis at our southern border and will ultimately make American communities safer." According to Refugee International, the ruling by the Supreme Court was a blow to the desperate needs of asylum seekers at the southern border. "We are gravely disappointed the nation's highest court has lifted an injunction on a policy that-by barring asylum to anyone, including families and unaccompanied children who passes through a third country, is contrary to long-established US practice," it said.

The White House spokesperson, meanwhile, said the district court's nationwide injunction was another in a series of "overreaching" orders that allowed a single, non-elected district court judge to "override" policy decisions for the entire nation. "While there is much more work still to be done, thankfully the Supreme Court took a decisive step here and rejected the lower court's egregious ruling," Gidley said.

Refugee International alleged that it was another attempt by the administration to brazenly circumvent existing laws and bar people, especially from Central America, from seeking protection in the US from violence and persecution. FWD.us, which represents tech companies from the Silicon Valley, said the decision was a "massive reversal" of American leadership to protect the most vulnerable people fleeing extreme violence and persecution from around the world.

Church World Service president and CEO John L McCullough said the Trump administration now had free reign to continue its campaign of "cruelty" by denying vulnerable populations the chance to seek asylum. McCullough urged the Congress to step in and hold the administration accountable to terminate the asylum ban.