Stormy Daniels to pay USD 294,000 to Trump as legal fees for defamation case

US District Judge James Otero, who had rejected Daniels' suit against Trump in October, ordered Daniels to pay the legal fees. 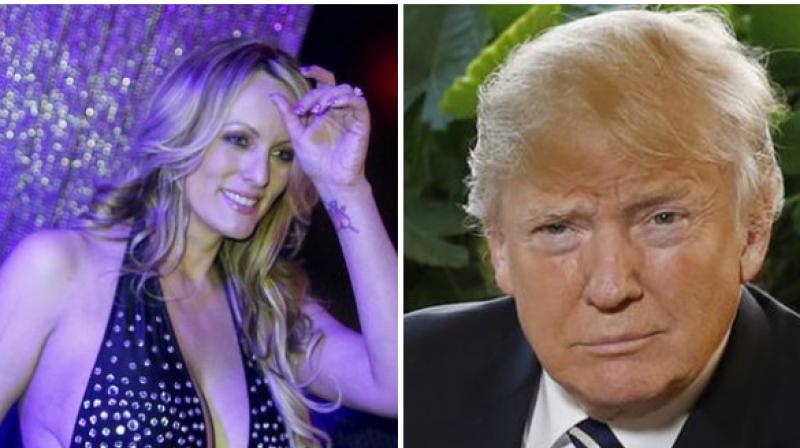 After the defamation case was rejected, Trump's lawyers had demanded that Daniels should pay USD 340,000 in legal fees. (Photo: ANI)

Washington: A US judge on Tuesday ordered adult film star, Stormy Daniels, to pay USD 294,000 to President Donald Trump as legal fees in her defamation case against the US President, which was dismissed two months ago.

US District Judge James Otero, who had rejected Daniels' suit against Trump in October, ordered Daniels to pay the legal fees.

Daniels, whose real name is Stephanie Clifford, had alleged that Trump, in a tweet in April, ridiculed her claims that a man had threatened her to keep mum about her alleged affair with the US President, The Hill reported.

After the defamation case was rejected, Trump's lawyers had demanded that Daniels should pay USD 340,000 in legal fees. However, Judge Otero reduced the amount to USD 294,000.

The judge said that Trump's lawyers had spent "excessive" time on the case and ordered the adult film star to cough up 75 per cent of the US President's legal fees and an additional USD 1,000 in sanctions, as per the report.

Daniels is locked in a legal battle against Trump and his former personal lawyer, Michael Cohen. She is seeking to invalidate a USD 130,000 non-disclosure agreement that the adult star signed days before the 2016 presidential election.

The 39-year-old revealed that the deal was not valid because the US President "never signed it himself".

The adult film star first came into the limelight after she publicly claimed that she had a sexual encounter with Trump in 2006. The US President, however, denied the allegations.